Don't be crazy about Black Friday and festive season 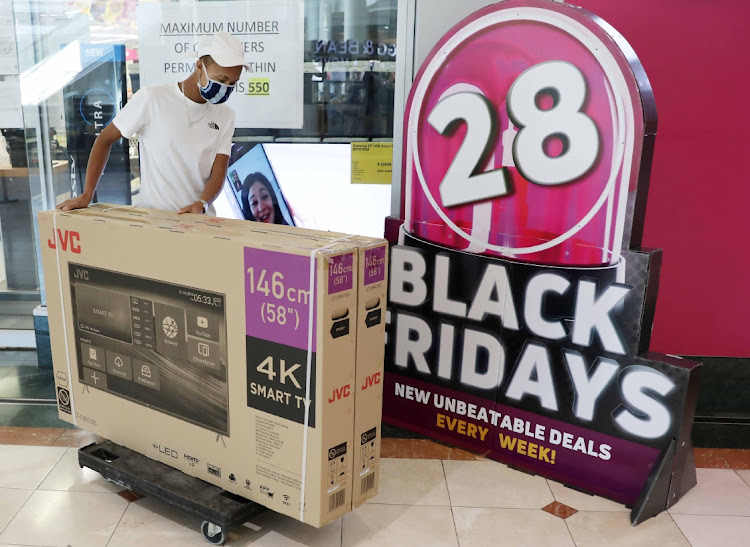 Stores say they are expecting good sales extending into the Christmas shopping season on the back of the November 26 Black Friday promotion.
Image: Esa Alexander

Black Friday can be described as a day when people lose their minds and go on a shopping frenzy for things they think they cannot live without. Some people see this day as a much-needed break for their wallet, while I see it as retail outlets showing customers the full weight of their contempt.

The frenzy to buy cheap rubbish from other unnamed countries and the human downgrade of people fighting with each other over items they can probably live without, to me, is an insult. This period we enter, which is the festive season, calls for discipline and a sane mind.

A lot of people get overexcited during this time and hoard recklessly with mostly things they don't need. And when January arrives, most of them struggle to even have transport money back to work, let alone money for food.

One of my favourite pastors, Sthembiso Zondo, says that when people are in a celebratory mood, they tend to burn fire crackers, and unfortunately also let their minds be affected through irrational thinking. Most of the things we get excited about during this period are short-lived and fleeting.

Even this coming Black Friday most people rave about is really bleak. Can any shop afford to lose that much money with little chance of replacing it while they have a lot of staff to pay? Mzansi people, get a wake-up call because as Dr David Molapo says, "If you aren't growing, you are dying."

Union to start indefinite strike at Game, Makro ahead of Black Friday

Workers will start an indefinite strike on Friday at all group companies owned by Walmart-led Massmart Holdings in South Africa, their union said, ...
News
2 weeks ago
Next Article