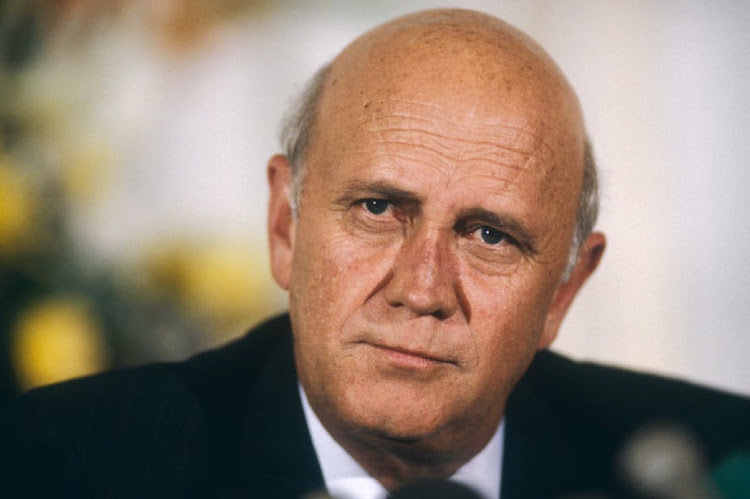 Whether you liked FW de Klerk or not, he will be remembered as a former president of this country. To some he was a good man and a colleague. When one reads the comments on social media since De Klerk's passing, it is clearly noticeable how divided this country still is.

To some he was a coward, even a traitor, a sell-out, even a murderer and many more things. Yet to many, even myself, De Klerk was seen as a courageous leader who realised and that the ghastly, inhumane and unjust system of apartheid had to end. He has my utter respect for doing that and for putting the country on the new course of democracy, however we might find it today.

I cherish this last "goodbye" to the nation, but also his sincerity and honesty. Today, I felt and heard his heart for the first time ever. May every South African take to heart his message and his dream for us all.

History is history. The good with the bad. It cannot be made undone, but we can all learn from it and rectify our past mistakes by reaching out to one another to forgive and to work and build a better future for all.

FW de Klerk was the last apartheid-era president and died at 85 after a battle with cancer.
News
3 weeks ago

Former president FW de Klerk's family has announced it will hold a private funeral for him.
News
3 weeks ago

FW de Klerk remains a dividing force, even after his death

The polarising legacy of the last apartheid president FW de Klerk came to bare on Thursday as condolences poured in following the announcement of his ...
News
3 weeks ago
Next Article