Not to vote is also one's right 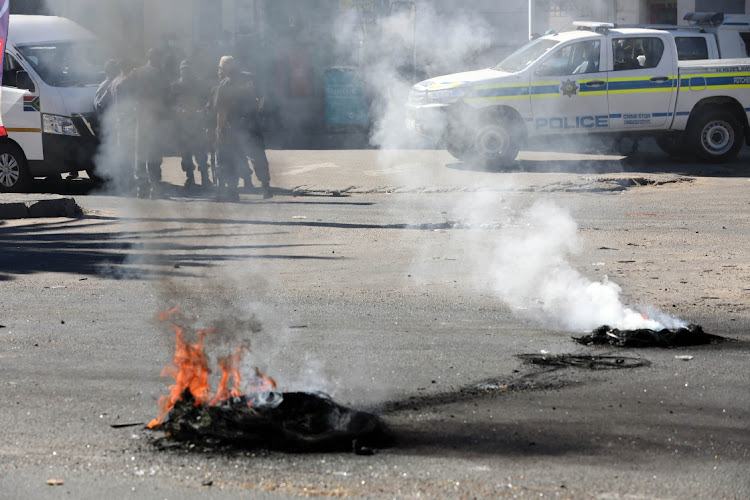 Tyres burn during a service delivery protest in Heldedal, Bloemfontein. The writer says as much as some used their right not to vote, they must not close roads and stone buses when things don't go their way.
Image: Antonio Muchave

We just came out of elections, a constitutional right for all South Africans who are eligible to vote. The constitution also protects those who choose not to use this right, that's why so many chose not to cast their votes.

I just hope we know that our vote is our power, the power to bring about change or to keep the status quo as it is. We all had an opportunity to use the power of our vote or not. There are many wards that are still in the hands of those who failed to deliver services for the past five years and they were re-elected.

My plea to all South Africans is that we cannot now want to burn tyres and close roads in protests, we've made our choices and we must live with those choices. Many of us are mere mortals who use buses and taxis, when you close the roads and stone the buses how is that going to address your issues?

Do you really believe the decision-makers at Eskom or some government department use  a bus as their mode of transport? Soweto residents in places like Zola and Orlando East have stoned buses and closed roads for an extended period. Are their electricity and lack of service delivery issues sorted? The answer is an emphatic No.

As much as you used your right not to vote, do not close the roads and stone the buses, preventing others from going to work; they do not wield the power to give you free electricity or services.

You failed to use the most powerful and legal option to bring about change, your vote. Burning tyres and damaging tarred roads only inconveniences us and not those who do not live in our areas.

Tumi Miya from Freedom Park, south of Johannesburg, is among young adults aged 18 and 19 who did not participate in the recent local government ...
News
3 weeks ago

Claims of IEC's decline are not fair

Asked by journalists what election management lessons the Independent Electoral Commission has learnt over this period, chief electoral officer Sy ...
Opinion
3 weeks ago

The hypnotic power of the ANC over large swathes of the voting public is remarkable.
Opinion
3 weeks ago
Next Article