Don't let your past decide your future 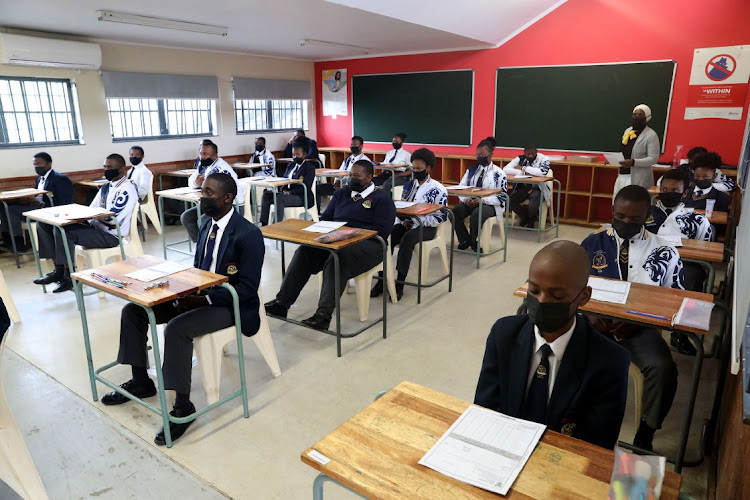 The class of 2021 sit for their first exam. English paper 1. at Noordwyk Secondary School in Midrand.
Image: Veli Nhlapo

All matriculants who started writing their final exams on Wednesday should know that passing their last high school exams is only the beginning of a long journey to success.

And those who will not make it should take heart from some prominent figures who didn't give up in pursuit of excellence, like Dr Myles Munroe, who is my role model. Munroe never had a decent bed to sleep on when he grew up because there were many living at his place, but he became the world's best teacher who produced many other leaders of note.

Dr Ben Carson struggled academically throughout elementary school, yet he became the best neurosurgeon in the world in 1987; he taught us that struggling is a sign that you are on the verge of success. Don't quit.

Bill Gates didn't complete his university studies but ended up becoming the world's richest man. He proved that school doesn't make you rich. It is supposed to polish what will make you rich. When Cristiano Ronaldo told his dad that one day they will be rich, his dad dismissed him as a dreamer. But his words became a reality.

Your words rule your life. If you mean what you say, it will come to pass. You get what you say. Lionel Messi used to serve tea at the shop in order to support his football training and today he is one of the world's best footballers. If you believe in your dream, don't let your temporary pain tell you what your future will look like.

Steve Jobs used to sleep on the floor in his friends' rooms and returned Coke bottles in exchange for money and food, and got weekly free meals at a local temple. He is the founder of Apple Company. That you are small today doesn't mean you will remain that way forever. Put all your trust in God.

Former British prime minister Tony Blair's teachers used to call him a failure, but he became a prime minister. Someone's opinions of you should never be a reality. Believe in yourself even if no-one does, and never quit. You can be anything you want to be no matter where you have been or what you have been through. Don't let your past decide the kind of future you need to have!

Hard work and dedication are what will ensure Limpopo’s zero matric pass schools do not reenact last year’s dismal exam performance, says the ...
News
1 month ago

Load-shedding is giving us headaches: Matric pupils on day one of exams

Matric pupils are citing Eskom's enforced power outages as another hurdle to face, in addition to modified learning due to the Covid-19 pandemic.
News
1 month ago

Limpopo matriculants upbeat as they sit for their first paper

Despite Covid-19 challenges, some of the excited grade 12 pupils who are writing their first final matric examination are aiming for distinctions.
News
1 month ago
Next Article