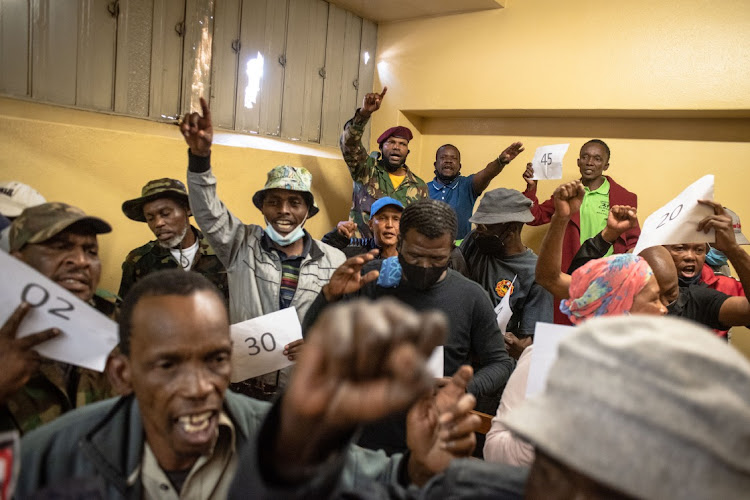 Such high drama at the St George Hotel, where Thandi Modise and two of her colleagues were involved in a theatrical hostage situation, with the ANC geriatric veterans. It seems that Modise, in her inimitable style, refused to see the “old timers”, to discuss their demands.

You can’t blame the veterans, as they have had to endure 27 years of looting... and they have not been considered to receive some of the spoils. So, the so-called special forces were called in to disarm a group of old ANC warriors, of their walking sticks, hearing aids and bifocals.

Scandalous in the extreme, the actions of Modise must have shocked St George himself, in a manner of speaking. This will no doubt go down in history as one of the ANC's most absurd moments, elevating their foolish behaviour to heights never witnessed before. It does, however, beg the question.

How in God's name have the people of this country been saddled with Modise?

Forty former military veterans have been granted bail of R500 each, pending trial in the case of cabinet ministers allegedly held hostage when ...
News
9 months ago

Hostage situation was 'not a crisis', says ANC’s Pule Mabe

'We heard loud bangs and went down like we do in the movies,' Thandi Modise after ministers were held hostage by military veterans