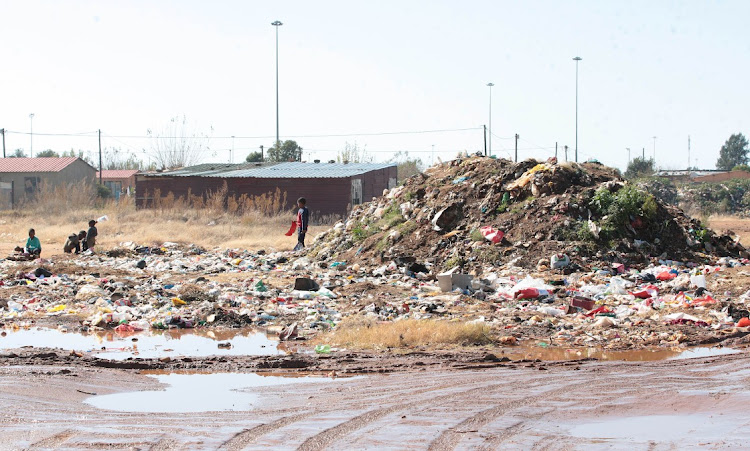 Residents of Lichtenburg are forced to buy water, live with constant power cuts, no refuse removal, drive on roads with potholes and regular sewerage spills. The writer says the plight of communities calling for basic services seem to have fallen on deaf ears.
Image: Veli Nhlapo

After bankrupting and collapsing a number of municipalities across the country, the ANC’s answer for this coming local government election is to propose the construction of a new "smart city" on the KZN South Coast.

The plight of communities calling for basic services such as clean drinking water, proper sanitation services and refuse collection seem to have fallen on deaf ears. The ANC has simply abandoned any pretence of fixing dysfunctional municipalities.

With the local government elections just a few weeks away, South Africans have an opportunity to remind the ANC that this election is about getting the basics right. The DA is the only party with a record in government that is able to restore their dignity, which has been forever trampled on by the ANC’s poor service delivery.

In municipalities where the DA governs, residents have better access to clean water and sanitary environments. Plans are at an advanced stage to disengage from Eskom’s expensive and unreliable power supply.

Recognising the DA’s stellar record as a party that gets the basics right, residents in DA municipalities cannot wait to vote the party back into government with increased majority. While the DA appreciates the support that it is getting from residents where it governs, the primary objective is to replicate the model of getting the basics right throughout SA.

Communities have a golden opportunity to usher in clean and service delivery-oriented DA municipalities on November 1.

The ANC has a bucket full list of promises to win votes in the upcoming local government elections with the unveiling of its manifesto Monday night, ...
News
2 months ago

EFF leader Julius Malema and prominent lawyer Dali Mpofu would be among the wealthy people an EFF government would target for a special wealth tax to ...
News
2 months ago
Next Article