The origins of today's Heritage Day 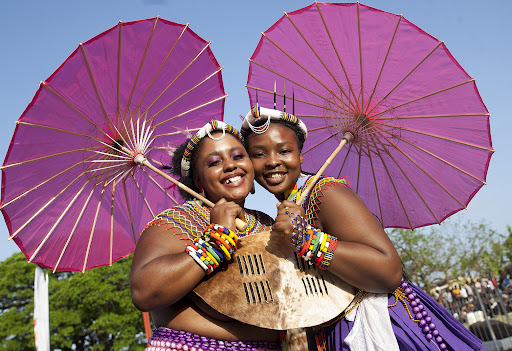 Princess Nomfundo Zulu,25, and Siphesihle Msomi, 20 of Zethembejongosi Lesizwe maiden group from Clemont pose for a photograph during a Heritage Day celebration at KwaDukuza in northern KwaZulu-Natal.
Image: SANDILE NDLOVU

Let me highlight a bit about the history of Heritage Day. September 24 was formerly known in SA as Shaka Day, a day to honour Zulu king Shaka.

He was widely known for linking the Zulu clan together and forming the Zulu nation. So every 12 months, South Africans would gather at his grave to honour him. In 1995 a request for the day to be confirmed as an official holiday was rejected.

After receiving some push-back from the IFP,  it was decided that the day was needed and would be known as Heritage Day. SA is called the ‘‘Rainbow Nation’’ due to its colour and diversity, and this is why Heritage Day exists.

There was a media campaign in 2005 that sought to have the day recognised as National Braai Day to acknowledge the backyard barbecue tradition, but the holiday is still officially recognised as Heritage Day. Living heritage is the foundation of all communities.

Corona is just a virus, we can beat it by following protocols. “A person is a person through other persons; you can’t be human in isolation; you are human only in relationships,” said Archbishop Emeritus Desmond Tutu.