Too much power in corporates hands over vaccination 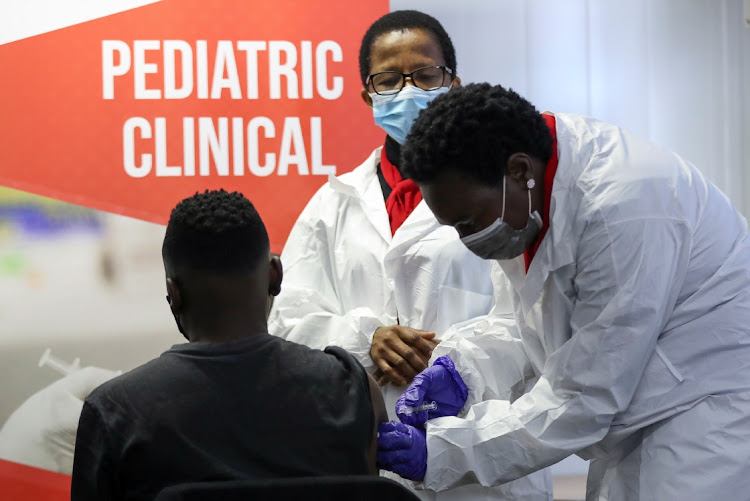 A health worker administers a vaccine during the launch of the SA leg of a global phase III trial of Sinovac's Covid-19 vaccination of children and adolescents, in Pretoria.
Image: Siphiwe Sibeko

During the very earliest days of the Covid-19 pandemic, I wrote that one of the chief reasons the pandemic was invented was to introduce mandatory vaccination. In recent days, a video of Cyril Ramaphosa has been making rounds assuring the people that "nobody will be forced to take this vaccine".

I have tried to explain to people what Ramaphosa actually meant was "for now, the government won't force you or pass a law that will force you to take the vaccine but in the meantime the government will use the multinational corporations to enforce vaccination". Translated from a complicated political language, this is what he really meant!

Health minister Joe Phaahla was quoted saying the government will leave it up to businesses to decide whether or not to make vaccinations mandatory for employees and clients. In his own words: "We (government) leave it to those who run industries and services.”

This is too much of a power to be left in the hands of heads of corporations.

Now it has been reported that SA is one of the five countries to participate in the global children's vaccine trial, with children aged between six months and 17 years. This did not come as a surprise because SA is a testing ground of all kinds of toxic chemicals.

The trial is ongoing even though there is a study by Dr Tracy Hoeg MD, PhD at the University of California in the US, that shows that Covid vaccine is up to six times more deadly to teenage boys than Covid (flu) itself. "Dr Hoeg’s research investigated the incidence of myocarditis (inflammation of the heart) in children aged 12 to 17 after they had received two doses of the Covid-19 vaccine."

What's beautiful about this research is that it was conducted without any private funding and all relevant ethical guidelines were followed. Anyone who is going to attack my submission and promote the safety of these vaccines should attach with his defence a list containing all the ingredients that went into making these vaccines.

Compulsory vaccination not a violation of human rights

In many countries the process of inoculating citizens in pursuit of herd immunity through vaccination as recommend by the World Health Organisation ...
Opinion
1 week ago

Those responsible for keeping a beady eye on vaccines have urged the public to stick to three basic rules: report any concerning effects, let experts ...
News
1 week ago

Deputy minister of health Dr Sibongiseni Dhlomo has told parliament that the upcoming local government elections are not going to negatively affect ...
News
1 week ago
Next Article