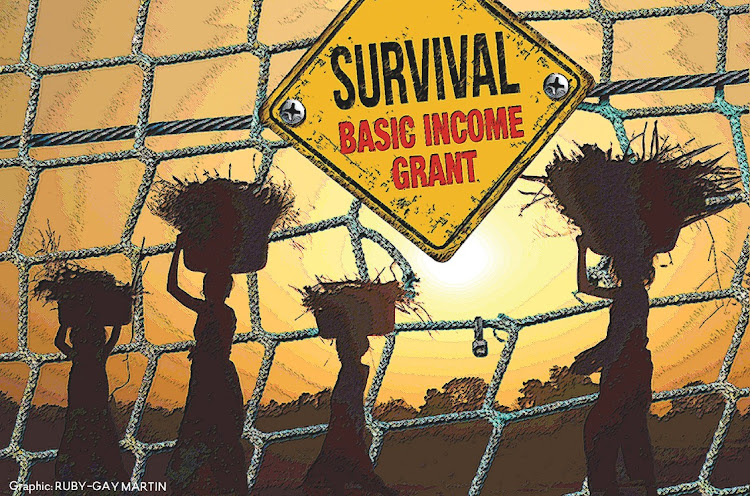 Show us the money first, then we can talk about the implementation of the basic income grant, says the writer.
Image: Ruby-Gay Martin

The Big Debate on basic income grant hosted by Redi Tlhabi was interesting as usual. It gives different sectors of society a platform to air their views on very important issues facing our country.

Important arguments were raised by those who were in favour of and against the basic income grant. We are talking about a governing party that is failing to pay its employees their salaries for months because it does not have money.

We have seen how ANC employees at Luthuli House have been complaining and picketing about how they either get paid late or do not get paid for months, with the result that some have lost their cars, evicted from their homes or cannot pay school fees for their children.

Paul Mashatile, the ANC’s treasurer-general, has even suggested that retrenchment could be considered. That tells us in no uncertain terms how bankrupt the governing party is.

While we look at countries like Kenya, the UK and others which pay their citizens a basic income grant, are we sure that our economic circumstances are the same?

How can a bankrupt country with a high corruption rate, where high-profile people could not resist the temptation to loot money meant to fight the coronavirus pandemic, hope it can afford a trouble-free income grant?

Show us the money first, then we can talk about the implementation of the basic income grant. Otherwise, all the arguments raised are nothing but a worthless exercise. Bear in mind that once introduced, it has to be sustainable.

You can’t do it one or two months and come back to tell us government coffers have dried up.

Former Prasa boss Lucky Montana continues with his spirited offensive to discredit the state capture inquiry, saying it has been chasing shadows.
News
5 days ago

Speaking to TimesLIVE on Friday, Niehaus vowed to appeal his sacking.
News
1 week ago

The ANC has taken the fight to Carl Niehaus, telling him he has until 4pm on Thursday to explain why he should not be fired.
News
1 week ago
Next Article