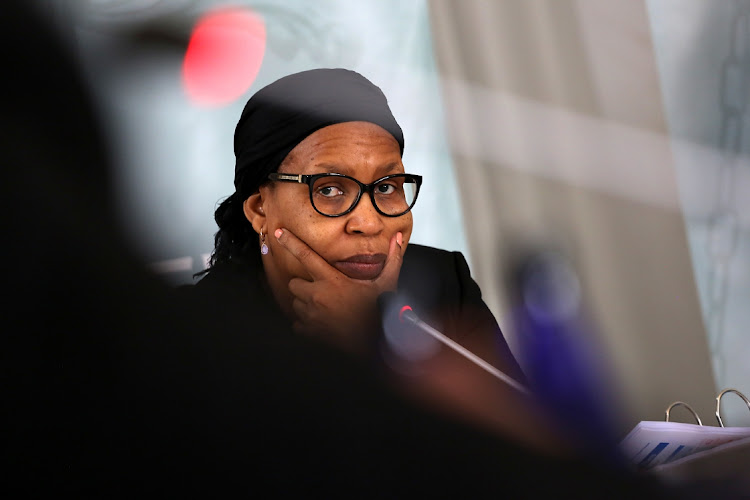 The Pretoria High Court is hearing evidence regarding the complicity of officials responsible for the deaths of patients of Life Esidimeni Group health facilities in 2016. The culprits are found between the offices of Life Esidimeni and the Gauteng department of health.

Then MEC, Qedani Mahlangu, eschewed accountability and denied responsibility despite having been the one who announced in October 2015 the termination of the contract between her department and Life Esidimeni to save money and to de-institutionalise.

Some 144 patients died after they were moved from Life Esidimeni facilities in 2016. Mahlangu denied criminal liability for this debacle because, as she claimed, she was only obeying instructions from premier David Makhura. Being a mere "puppet", she could not have shouldered any responsibility, because had she not agreed to implement the premier's instructions she would have been fired. So she claimed.

Some Nuremberg trialists did mouth similar utterances in defending their Nazi atrocities. This hogwash cannot stand. Mahlangu accepted her full salary without transferring it to the premier because, to use her logic, it was Makhura's responsibility to oversee her non-responsibility. She gladly accepted her salary for her non-performance, to use her logic. Hers, presumably, was merely to collect her fat salary. Responsibilities and accountability belonged to others.

This blame shifting was not Mahlangu's alone. Dr Makgabo Manamela, a former director of Gauteng mental health, claimed that she shouldered no responsibility because she was acting on Mahlangu's instructions. Failure to have complied would have led to her being fired because "everyone was afraid of Mahlangu".

Dr Barney Selebane, a colleague of Manamela's, echoed similar sentiments. These officials appeared to have had no reason for being in their official positions. These highly educated bureaucrats were behaving like former Free State housing MEC, Mosebenzi Zwane, who did not know what his executive responsibilities were, because for the whole year after his appointment, he never opened the Housing Act, the very law that defined his MEC responsibilities.

No wonder SA has virtually reached the levels of the states of the DR Congo, Nigeria and Equatorial Guinea.

Dr Makgabo Manamela was told that the moving of patients from Life Esidimeni care facilities to non-NGOs was being rushed, and that there were not ...
News
8 months ago

'Mahlangu was harsh to families of Life Esidimeni patients'

Former Gauteng MEC for health Qedani Mahlangu was mean to families of mental health patients who wanted to know where their loved ones would be moved.
News
8 months ago

One of the Life Esidimeni patients who died hundreds of kilometers away from his family had his burial rites disturbed by Gauteng department of ...
News
8 months ago
Next Article