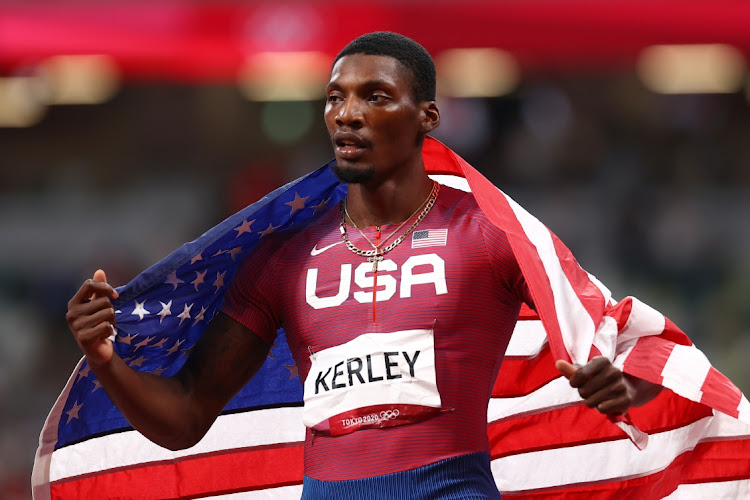 Fred Kerley of the United States celebrates after winning silver in the men's 100m in Tokyo. Most of the athletes I see at the Olympic Games are black, even those from the so-called white countries like the US, the writer says. REUTERS/Andrew Boyers
Image: Andrew Boyers

I did not know that China and Japan were "whites-only" countries. Emperor Constantine of the Roman Empire painted Jesus white when he actually looked like a black African (Ethiopian). The Roman Emperor did this to convert Europeans to Christianity in 300 AD.

He thought if Jesus was a white prophet then most Europeans would become Christians. Before that people in the Roman Empire believed in Mithraism – the Hindu religion. You still find remnants of Hindu temples in Rome, Italy, even today.

You must thank Indians for giving the world the numbers (numerals) used throughout the world today. The Arabs got the numerals from India and it came via the Arabs to Europe. One of the greatest physicists of all time, Albert Einstein, said: "The Indians taught us to count."

More than 1,000 candidates - from 200,000 hopefuls - have been chosen to train for a private Mars colonisation mission to be partly funded by a ...
News
7 years ago

Kazakhstan's Nurislam Sanayev's got his teeth into the Tokyo 2020 Games, but his rival Ravi Kumar of India wasn't expecting to find them cutting into ...
Sport
1 month ago
Next Article