Ethnic mobilisation not to blame for looting riots 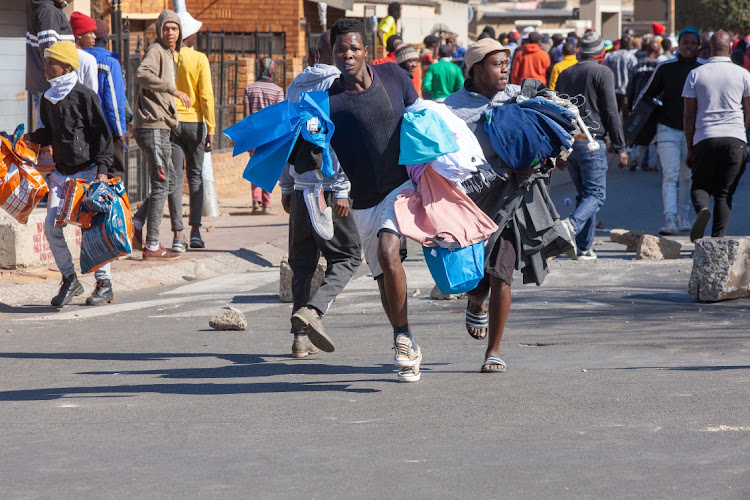 The standoff at the top found expression on the ground, resulting in sporadic riots of a tragic scale. No-one should dare blame it on “ethnic mobilisation".

The rot lies within. Some castigate President Cyril Ramaphosa as a rags-to-riches elitist patronised by unscrupulous capitalists who masquerade as secret donors. Others harbour a grudge that these donors pledged about half a billion rand to his CR17 campaign, but couldn’t aid poor students protesting to gain admission at higher education institutions amid the rising levels of poverty and unemployment in the country.

So it should come as no surprise that the incarceration of former president Jacob Zuma laid the scene for looting as a means of vengeance. This has convulsed the economy at a huge cost to society.

However, the Constitutional Court cannot be absolved for gambling with justice to risk a legitimacy crisis. It misdirected itself by allowing the state capture commission to undermine the hierarchy of courts and violate the constitution.

This is no way to run the judiciary. If aggrieved parties were to present a petition to the international court of justice, the course the commission followed would be declared unjust to sustain the minority judgment of the apex court.

The constitution clearly stipulates that a court, when interpreting the Bill of Rights, must have regard for international law. Therefore, any violation of the rules of international law constitutes an infringement of the principles of human rights.

Hopefully, this avenue would be explored to restore the system of judicial precedent in accordance with the needs of everyday legal practice. Needless to say the judiciary is perceived to be influenced to dispense a selective justice. But history will be the judge.

The unrest that gripped KwaZulu-Natal and Gauteng was "quite clearly instigated".
News
1 year ago

President Cyril Ramaphosa last night said sporadic violent protests over the jailing of former president Jacob Zuma must be condemned and said some ...
News
1 year ago

The ANC and its alliance partners have called on the state to strengthen its efforts to stop the riots in parts of SA.
News
1 year ago
Next Article