Use social media for peace, order and ubuntu 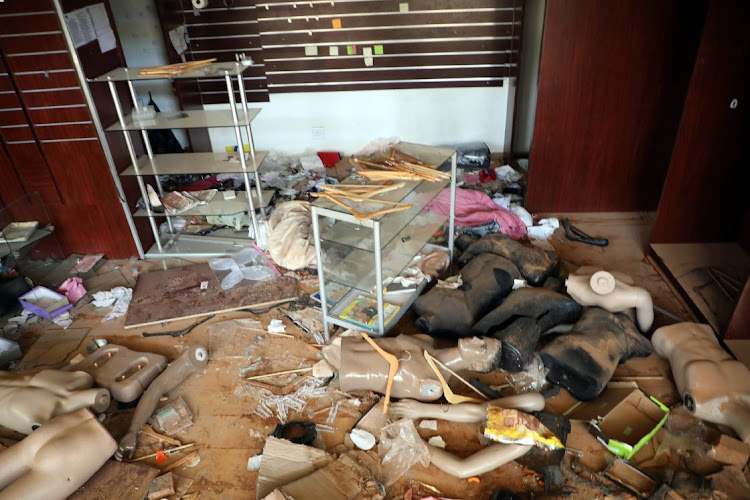 A family business called The Lab at Chris Hani Mall, which belongs to Modishane Tema was one of businesses looted during the looting spree in Vosloorus, Ekurhuleni. The writer says the problem begins when information on social media is inciteful, divisive and encourages violence and lawlessness.
Image: ANTONIO MUCHAVE

Author Jay Baer once said: “Content is fire. Social media is gasoline.” Whatever message we share or communicate on social media will spread to various areas and reach different audiences instantly.

As a result, we should not underestimate the incredible power of what we post on social media as it has the ability to influence opinions. As SA is still reeling from the shocking events that engulfed certain parts of the country, where businesses were looted and infrastructure was torched, let us understand that the flames of this unfortunate fire were partly fuelled by various social media platforms.

We have seen people on social media openly condoning the unfortunate behaviour, encouraging the looting and burning down of buildings to continue, and that did happen. Videos and images of looters were shared on social media, with others singing praises for what was transpiring in our country.

Noteworthy people in the form of politicians, influencers and celebrities gave their own opinions, which were definitely well received by those who look up to them. Some were urging looters to continue with their deeds, while others threatened to join the mob in the streets to protest against the deployment of soldiers to quell the mayhem.

Negative messages were spread and gained popularity. Social media has the ability to disseminate information in an instant, which is sometimes a good thing.

But the problem begins when such information is inciteful, divisive and encourages violence and lawlessness. We have an opportunity to use social media to plead for peace and harmony and to encourage people to uphold the principles of ubuntu.

May we all strive to use social media to foster togetherness, responsibility and order, thus saving our society from moral decay.

Major setback as fish and chips stores are gutted

Thato Segoni and her brother Keletso used their life's saving to open a Fish and Chips franchise eatery in Vosloorus at Chris Hani Mall.
News
10 months ago

A 10-year family business is at risk of not getting revived after it lost stock valued at over R500,000.
News
10 months ago

Today we launch the #SowetanRebuild initiative, a call to action to begin the process of restoring small businesses and economic centres that bore ...
News
10 months ago
Next Article