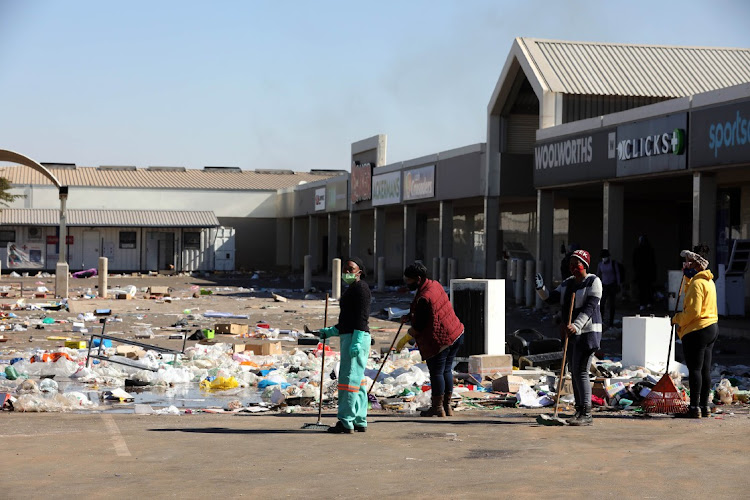 Many have voiced their concerns and presented their views on the proposed changes in the Firearms Control Amendment Bill.

The biggest issue of contention is the proposal to scrap self-defence as a reason for applying for a firearm licence. Police minister Bheki Cele has gone on record stressing that arming citizens will not solve the country’s high crime rate.

Firearms make it easier to kill, but firearms also make it easier for citizens to defend themselves, or other innocent victims. Several photographs and videos on social media have shown armed citizens resisting looters busy with their latest “shopping sprees”.

Private businesses apparently stepped in to donate ammunition to the police and private security companies during the latest riots. For communists, social regeneration takes place through violence and anarchy.

Close observers of history know this is always shrewdly orchestrated but manipulated to appear spontaneous. The resulting carnage and confusion are usually blamed on capitalism, the greed of the wealthy, wealth disparity, western imperialism, racism, etc.

As a missionary, I work with some of the poorest people on the continent and they wouldn’t dream of stealing, rioting or looting. Do mass shootings, rioting and looting often occur in police stations, on shooting ranges or at gun shows?

Armed citizens may not solve all the country’s crimes, but I’d sooner have those armed, selfless, and responsible neighbours at Maponya Mall in Soweto protecting life and property rather than unarmed neighbours who make the working environment of thugs safer. You are your first responder!

Gun free is no guarantee!

Major setback as fish and chips stores are gutted

Thato Segoni and her brother Keletso used their life's saving to open a Fish and Chips franchise eatery in Vosloorus at Chris Hani Mall.
News
10 months ago

Mechanic stripped of his workshop and livelihood

It is a cold, windy Saturday morning as mechanic Benson Nkuna walks through the debris of what used to be his car repair workshop in Johannesburg, ...
News
10 months ago

As the news of looting and vandalism of business spread throughout Soweto on Sunday night last week, Thabang Madikila was alerted just before his ...
News
10 months ago
Next Article