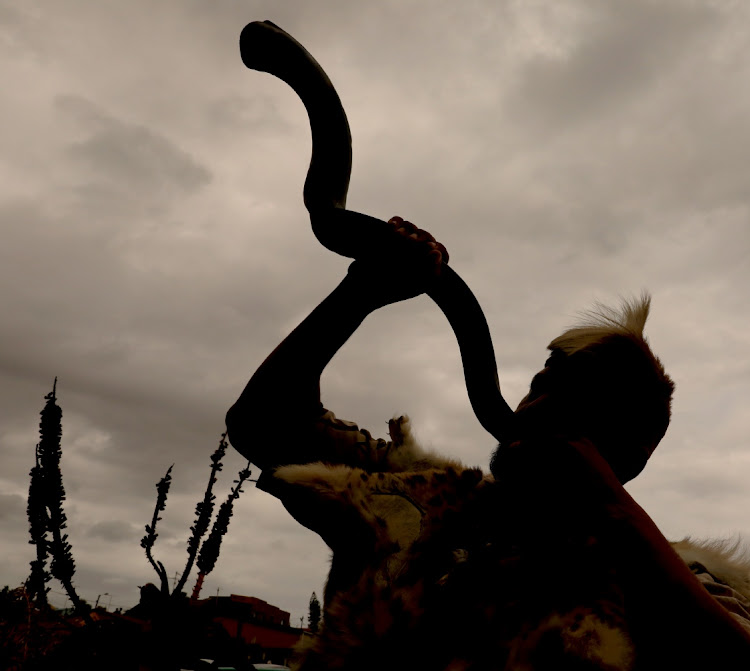 An attendee blows on a kudu horn at the inauguration of Khoisan Chief Gert Steenkamp. The writer says the tribe should have been the first people to resist occupation of this country by colonialists.
Image: Fredlin Adriaan

It is unbelievable that the government could allow the Khoisan group to camp at the Union Buildings lawns for such a long time. So far it has been two and a half years, according to what was reported in the City Press on June 27.

It is not clear what intervention the government is planning, if any, but this spectacle is clearly an eyesore.

Freedom obviously means different things for different people. The Khoisan people, who seem to think by virtue of them being the first indigenous people to occupy SA, they have a right to trample on everyone's rights to live peacefully in this country, need to be reminded that their long overdue fight is misdirected.

They should have been the first people to resist occupation of this country by colonialists.

And now because they see that the government is at a loss as to how to deal with them, their leader is allegedly planning to recruit more of their people to grow this community to at least 100. What nonsense is this? The government cannot afford to be seen to be so toothless that they can allow every Tom, Dick and Harry to do as they please. Please do something before it is too late.

After an almost three-week hunger strike four Khoisan activists have ended their protest on the lawns of the Union Buildings in Pretoria.
News
4 years ago

When you're asked about your race in this year's census, you'll have much more freedom than before about the way you answer.
News
1 year ago

The Traditional and Khoi-San Leadership Act will come into effect from April 1 - a significant milestone, the president said on Thursday.
News
1 year ago
Next Article