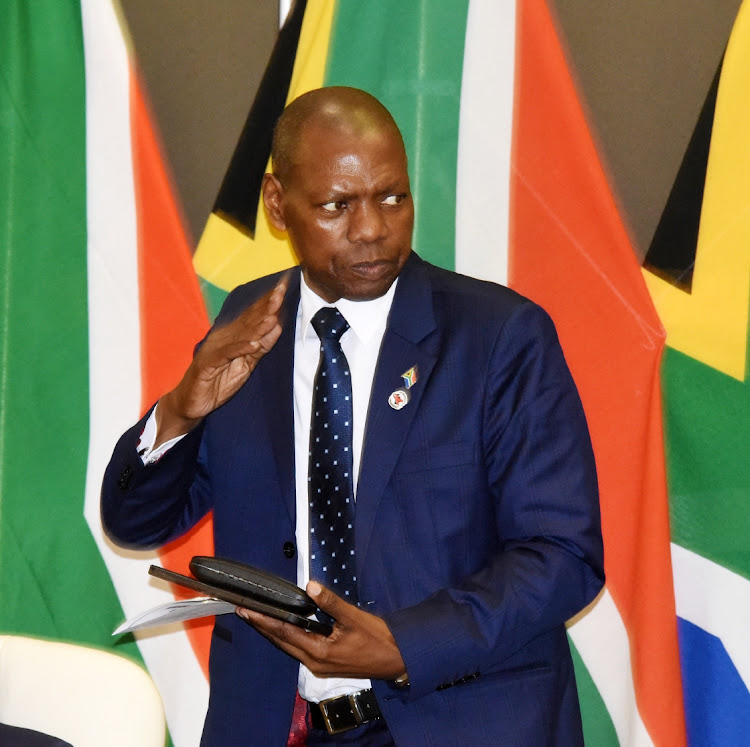 There’s a stench of corruption that stinks out the country at the doorstep of the health minister Dr Zweli Mkhize. But President Cyril Ramaphosa granted Mkhize “special leave” to mask an odour.

What has escaped to fill Ramaphosa with shame is the scale of immoral wastage and irregular procurement fraught with misplaced priorities which disregard the plight of the poor. This gives credence to the narrative that the "new dawn" is a rhetorical device and Ramaphosa, who is criticised for a knee-jerk tendency to secrecy, is checkmated.

Nevertheless, the leave itself is too hollow to pass parliamentary muster. It has been amplified in society as a gentlemen’s agreement thrust upon Ramaphosa by those who regard Mkhize as a veritable saviour.

Besides, it’s virtually impossible for a person under suspicion to act against those complicit in ethical controversies. More than anything, there are more conflicted characters whose public image of integrity is only a façade. Some still hold public office – despite being enmeshed in scandals involving graft – because they are more significant than others.

Interestingly, Gauteng health MEC Dr Bandile Masuku was hastily recalled from office over the so-called “failure to exercise oversight duties”.  And the abrupt sanction meted out by the party was overturned on appeal to hang the administrative action in the balance. Ambivalent as it is, what’s frowned upon in the absence of a political debate is the ambiguity of a latitude of an oversight or lack thereof.

Even the court elected to pussyfoot on the matter, enabling the executive authority to gloss over it and exploit the sweeping discretionary powers for political expediency. This often breeds divisions and factions that would seize the moment with a vengeance to verge on chaos. The vicious cycle of a "house divided" is depicted in the present-day infighting.

Evidence gathered from a thorough investigation will decide if any arrests are to be effected in the fraud and corruption case lodged against two ...
News
1 month ago