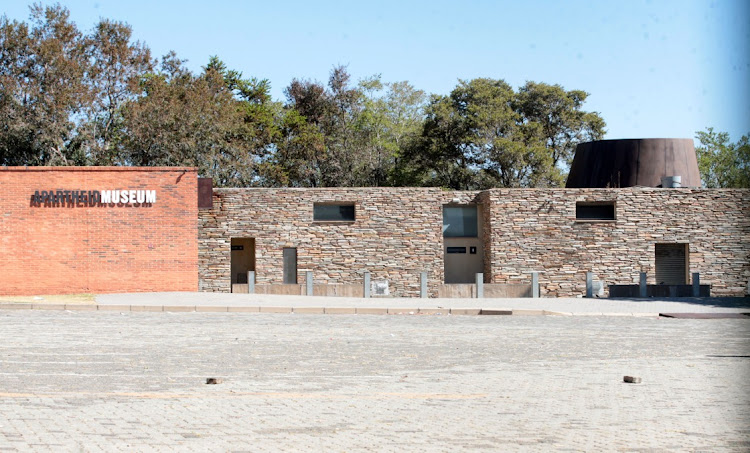 There is a very interesting documentary on YouTube, titled Are We Really Free? The True Story of the Apartheid Museum.

I advise everyone to watch it. It is about the life and times of a very brave man, the real and only mind behind the Apartheid Museum – Mike Stainbank.

Stainbank lays bare the true origins of the whole idea of the Apartheid Museum, the constant abuse at the hands of Gold Reef City Casino owners the Krok brothers, corruption within the Gauteng Gambling Board and how the ANC under the leadership of Nelson Mandela to the present day was always used to deprive him of his rights.

Stainbank maintains to this day that the three spheres of government, the judiciary, legislature and the executive, are captured by Jewish billionaires. None of his allegations have been denied by any of those he has accused.

Stainbank explains how his idea for the Apartheid Museum got into the market place after he distributed more than 5,000 copies of his 48-page prospectus to the national and provincial governments, embassies, newspapers and different potential sponsors and investors.

He had already registered the trademark, but the prospectus found itself in the hands of Abraham and Solomon Krok who Stainbank describes as “cowards, racists and violent”.

The Gambling Board approved the temporary licence for Gold Reef City Casino in 1998, subject to the condition that it build Freedom Park as promised within three years. But when they got hold of the Apartheid Museum prospectus, the Kroks abandoned the Freedom Park initiative and "stole" The Apartheid Museum® trademark.

Stainbank points out that details in Zakes Mda's book, titled Sometimes There Is a Void, Memoirs of an Outsider, could become the genesis of another commission of inquiry into state capture dating as far back as 1994.

Mandela was directly involved in the fraud and corruption of Gold Reef City Casino, Stainbank says, soliciting a bribe from Solly and Abe Krok during a clandestine meeting at his home in Houghton. During her tenure as the public protector, Thuli Madonsela failed dismally to even attempt to resolve the issue of the Apartheid Museum trademark.

After two decades there is nothing in the new SA of equal opportunities that Stainbank can be grateful for. But in the end, what do we do when judge after judge refuses to tell Gold Reef City Casino that it cannot, under the rule of law, go out and register a company using a trademark that already exists in the name of somebody else?

This serves to prove that there are people so powerful and so highly placed that they are impervious to the law, and that society's rules and codes do not apply to them.

Several historical sites, museums and cultural land marks are taking a heavy strain from the ongoing Covid-19 pandemic which is threatening efforts ...
Entertainment
1 year ago

A pair of boxing gloves worn by Nelson Mandela at the height of the anti-apartheid struggle in South Africa lie under a thick layer of dust in a ...
News
1 year ago
Next Article