PAP must get its house in order 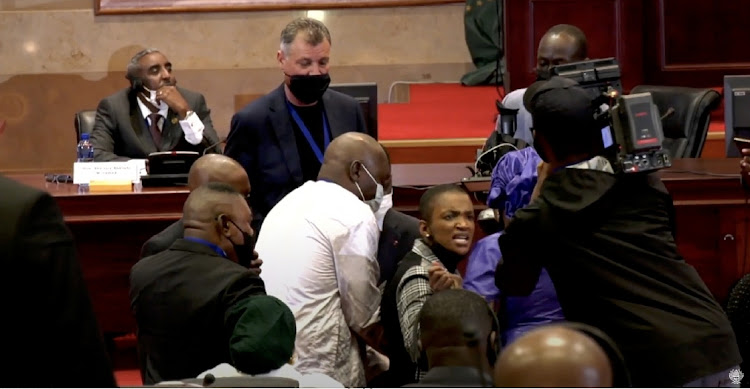 PAP must be brought to order immediately, because right now it resembles a bowl of watery, tasteless pap, says the writer.
Image: Supplied

The Pan Africanists are a divided lot, throwing colonial rhetoric at each other, inappropriate behaviour from representatives from across the African continent. Punches were thrown, resembling a cage-fighting extravaganza.

The protagonists did not give a fig, as men kicked women, an extraordinary fiasco, tainting the image of what should be an important organisation promoting unity and strength. The racial divisions created by the European colonisers still exist, as PAP chairmanship has been hijacked  by the former French colonies in West Africa.

Rotation of this important position should be non-negotiable, yet it has created so much humiliating tension. Our own Julius Malema, a thoroughbred hothead in his own right, threatened to “kill” an MP from Mali, where a coup was happening.

PAP must be brought to order immediately, because right now it resembles a bowl of watery, tasteless pap.

The chaos that ensued for and against the rotation of the PAP presidency across the geopolitical regions of the continent is shameful.
Opinion
2 weeks ago

Malema breaks his silence: 'When a person says to me I will kill you, I can't give him roses'

Despite the incident, the two gentlemen have smoked a peace pipe.
News
2 weeks ago
Next Article