Theatrics by Zuma and son comical but not funny 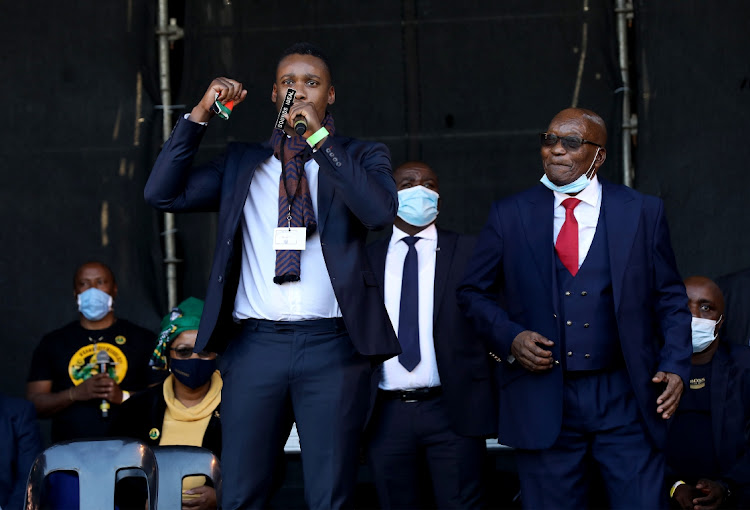 I was fascinated by pictures of former president Jacob Zuma and his son Duduzane, who is aspiring to become our next president, performing outside the Pietermaritzburg high court last week.

I said to myself indeed what Zuma is doing in his so many cases is theatrical and rhetoric performance worthy of the wooden spoon at the Emmy Awards. I want to see my day in court and when that day dawns, no the prosecutor must recuse himself, if not the chairperson of the Commission into State Capture who must recuse himself.

When one try to rationalise the excuses given, it's like the script writers of a soap have run out of ideas. I guess with due apology to his family and allies our former president will only have his day in court when he is dearly departed.

No court on this earth can judge him, he is omnipotent. Perhaps his allies like Tony Yengeni and Schabir Shaik just fall short of saying we have already done the jail term on his behalf.

Enough of this theatrical performance, Duduzane should not think that performing at the court he is exonerated from the state capture. He and his Gupta business partners stole billions from this country, so his day is still coming.

The precinct around the Pietermaritzburg High Court was abuzz with police on Monday morning ahead of the start of former president Jacob Zuma's ...
News
1 year ago

Duduzane Zuma received a celebrity welcome at the Sharks Board in Umhlanga on Thursday, where the South African National Civic Youth Congress is ...
News
1 year ago
Next Article