SA being taken back to dark ages 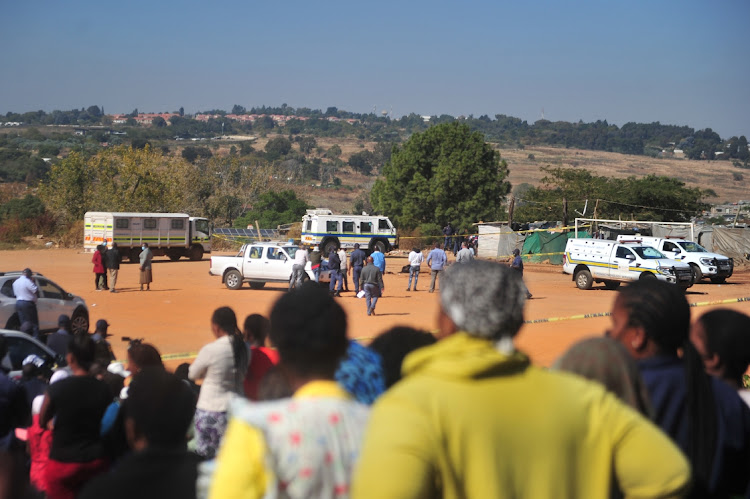 The community looks on as police and forensic pathologists clean the scene were four people were burned to death in Zandspruit. The writer asks how such ruthlessness can be allowed in this day and age.
Image: Thulani Mbele

A community constantly attacked by vicious criminals, without action from the police, decided to deal with the matter personally. Hunting down the perpetrators, necklacing them with tyres, dousing them with an accelerant and setting them alight, to be burnt alive.

My God, how can such ruthlessness be allowed in this day and age? Communities can no longer take the inability of SAPS to protect and take meaningful action against criminals where necessary. Blame is levelled at government, and rightly so, but how is it that such rampant criminality has been allowed to mushroom in the last 26 years?

There is no easy answer, however, a civilised human being observing this chaos must wonder how this country has been dragged back to the dark ages, where barbarians roamed freely.

By all accounts the cops stood by watching the savagery, and did not react. I suppose because they feared for their own lives.

Six people who were believed to have been part of a mob that tortured nine men, accusing them of being behind a spate of crimes in the Zandspruit ...
News
2 months ago

It is regrettable that police management only visited the scene of one of the most vicious killings three days after the fact.
Opinion
2 months ago
Next Article