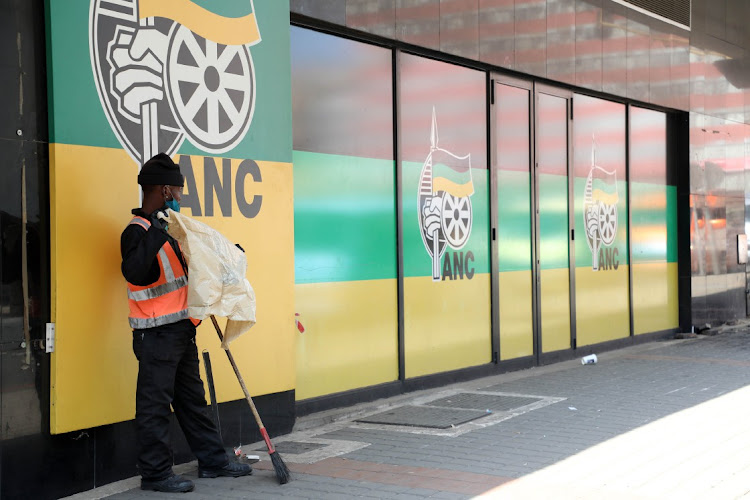 The infighting and divisions have made a mess of the hegemony of the glorious movement on every level of society, the writer says.
Image: SOWETAN / ANTONIO MUCHAVE

The theatrics in the ANC leave much to be desired. All of this is due to character flaws and scandals that have become commonplace, setting a bad precedent for the second-layer leadership.

Sadly, the infighting and divisions have made a mess of the hegemony of our glorious movement on every level of society. Not only is this tragic and posing a real threat to ANC unity, but also it will paralyse efforts to breathe confidence into the women and youth leagues.

The actors don’t even realise that their role and contribution to the mess will cancel out the legacy of our forebears. Some remain associated with selfishness, deceit, ethical lapses, secret deals or money laundering activities.

Many disgraced leaders could attest the truth of Winston Churchill’s observation that “the price of greatness is responsibility”. Accordingly, the absence of responsibility is a blight to ethical leadership in society. At the political level, this creates distrust within and without the party walls.

Our country’s rich tapestry of gravy train and corruption have worsened since the dawn of democracy due to ethically and morally deficient leaders, who tout business when running for public office. A lot of those characters have been found wanting and have  been admonished by the media for violating the public trust.

Of course, these political figures are beholden to business, which in turn uses a multiplicity of means to protect them from being exposed. On the whole, a culture of secrecy and selective justice has been a problem. If this is not seriously addressed without fear or favour, then history will judge the present leadership harshly.

Cadre deployment is universal and not inherently wrong

This past week has seen the debate around cadre deployment re-ignited, with many people arguing that the practice is wrong and should not be used by ...
Opinion
1 month ago

The SACP has warned that it would suspend from the party any ANC leader who opposes the governing party’s instruction that those fingered in ...
News
2 months ago
Next Article