Lock up Ace and fellow miscreants 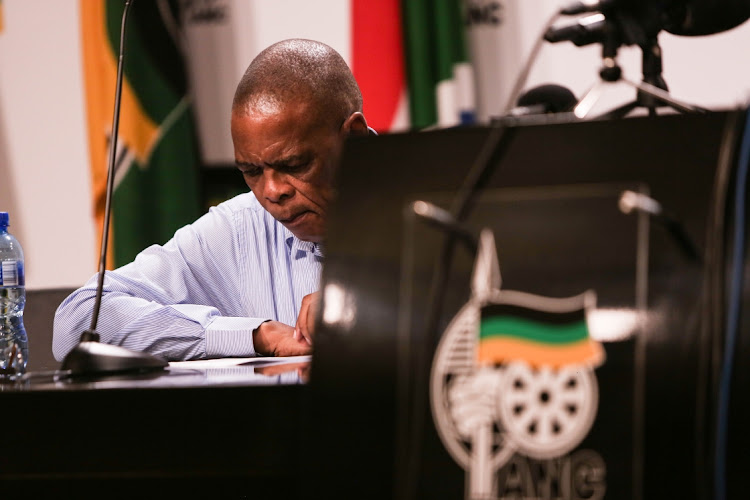 Ace Magashule is no longer fit to hold any position in the ANC. This miscreant has shown that he has no respect for law and order, let alone the necessary discipline to be part of an ANC leadership that wants to cleanse itself.

You can’t have a secretary-general who is law unto himself. Magashule likes to listen to his own voice. He cares little for other people.

He speaks revolution but acts capitalism. He speaks democracy but acts dictatorship. He's a real political lunatic, a thug who looted his own province’s funds with no shame at all. We must be afraid that he’s aspiring to be the president of our beautiful country. What a nightmare would that be!

He lashes out at everything. Even nyaope drug addicts behave better than this criminally charged clown. He treats the ANC as his private fiefdom. He misquotes every ANC policy to suit his own agenda.

The “suspension letter” he wrote to the sitting president of the ANC shows how low he stoops. A very unstable character indeed! Some of us are beginning to doubt his mental capacity. Someone must book a bed for him at one of our mental institutions to save him from himself. He needs a quick evaluation because his behaviour resembles that of an unstable mind.

His ANC Luthuli House office has been turned into a fortress of delusions and conspiracies. It attracts bad characters like Carl Niehaus and Kebby Maphatsoe, miscreants who thrive on chaos and confusion.

Most people have been left gobsmacked by radical economic transformation (RET) forces who think looting is the new normal.

There’s only one solution for the ANC thieves. They must be fired with immediate effect and our law enforcement agencies must relentlessly pursue their devious behaviour with ruthless efficiency – otherwise we must kiss good governance goodbye.

Most youth like bad people. Some regard thugs as heroes and that's what RET baddies thrive on.

To save itself from extinction, the ANC must expel Magashule with immediate effect.

Suspended ANC secretary-general Ace Magashule was booted out of the party's virtual national executive committee [NEC] meeting which started on ...
News
8 months ago

“The ANCWL chooses the ANC above all divisions in the movement. We refuse to be drawn in the differences of ANC men who don’t care about the future ...
News
8 months ago

The ANC has intimated at taking legal action to combat leaks of its heated virtual national executive committee meetings as divisions continue to ...
News
8 months ago
Next Article