Halala to officers who go beyond call of duty 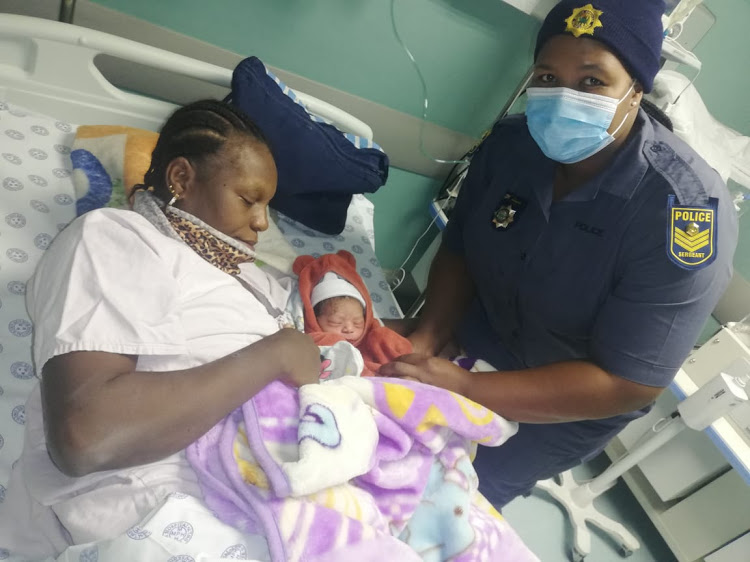 Sergeant Itumeleng Motalane with the mother and child she helped deliver.
Image: Supplied

The South African Police Service (SAPS) has noted with pride an article published in Sowetan on April 23 titled “Cops help woman give birth at police station”. The response of Sgt Itumeleng Motalane and Const Tilane Lebitsa to an emergency situation that presented itself to them while on duty at Bethal police station in Mpumalanga is a sheer display of ubuntu that ought to be commended.

The article bears testimony to the fact that police in our country play a meaningful role on all levels of society, despite the pressures and complex demands that come with the nature of policing. More so, considering the fact that the two policewomen acted well outside of the scope of their responsibilities as police officers.

They did not hesitate for a second to heed the call and had potentially saved the lives of the mother and her newborn baby. SAPS management views the response of the two police officers as outstanding and highly commendable.

The quick response by our two women in blue is indicative of the true values of the SAPS in that they care, not only about the safety and security of community members but their wellbeing as well. It is the moral and legal obligation of every police officer whether donned in our blue uniform or not to put the people of our country first.

The SAPS management prides itself not only of these two dynamic police officers but of all our members across the country who from time to time go beyond the call of duty to make a difference in the lives of the communities they selflessly serve. Our police officers deserve a salute!

Metro police traffic warden Ashley Diedricks thought he was on a routine morning shift when he was called on to help deliver a baby boy on a pavement ...
News
9 months ago

“I heard the granny screaming in the bushy area, already inside the river asking for help.”
News
9 months ago
Next Article