Duarte vocalises ANC's lack of interest in law and order 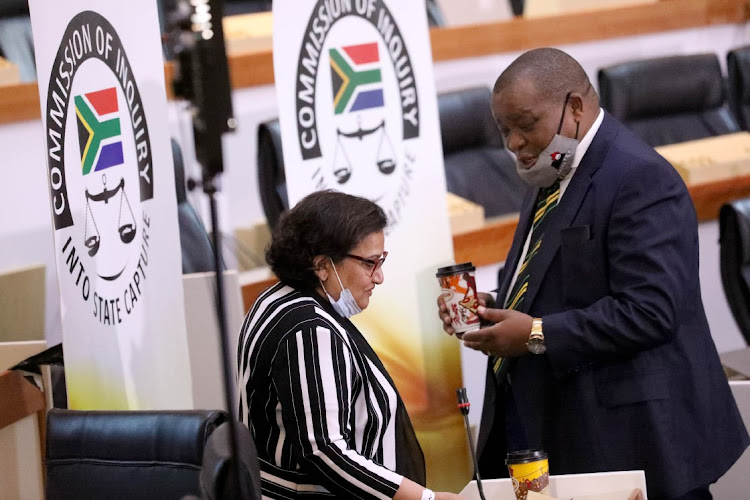 The writer says he is concerned that the ANC Deputy Secretary General Jessie Duarte has a problem with ANC members being held accountable for their alleged involvement in corruption.
Image: Veli Nhlapo

Earlier this year, the ANC deputy secretary-general Jessie Duarte said that SA cannot survive without the ANC. In other words, SA needs the ANC more than the governing party needs the country. That's hogwash.

Also this year, Duarte publicly criticised deputy chief justice Raymond Zondo, saying a whole lot of unsavoury things about Zondo. A few days later, she apologised. What is wrong with her?

There is a leaked audio circulating around, which was taped when the ANC top six met Jacob Zuma. In that audio, Duarte is heard discouraging Zuma from appearing before the Zondo commission. She says the commission has turned to be a court of law.

It is an open secret that Duarte is a die-hard Zuma supporter. It is also clear that she has a problem with the Zondo commission and the deputy chief Justice.

I'm concerned that the ANC deputy secretary-general has a problem with ANC members being held accountable for their alleged involvement in corruption. Are governing party members above the law?

Duarte's above views represent what has become of the ANC. The governing party is no longer concerned about service delivery issues, law and order and justice. Instead, it is more concerned about protecting its corrupt leaders and members. It's a shame!

ANC deputy secretary-general was scathing about judge Raymond Zondo’s conduct despite having apologised to him for similar attacks in February.
News
1 month ago

ANC secretary-general Ace Magashule seems to have single-handedly widened the scope of those who will be affected by the party’s step-aside ...
News
1 month ago

Ace's bid for more to step aside on shaky ground

Embattled ANC secretary-general Ace Magashule’s move to widen the scope of the “step-aside” rule for criminally charged leaders suffered a blow ...
News
1 month ago
Next Article