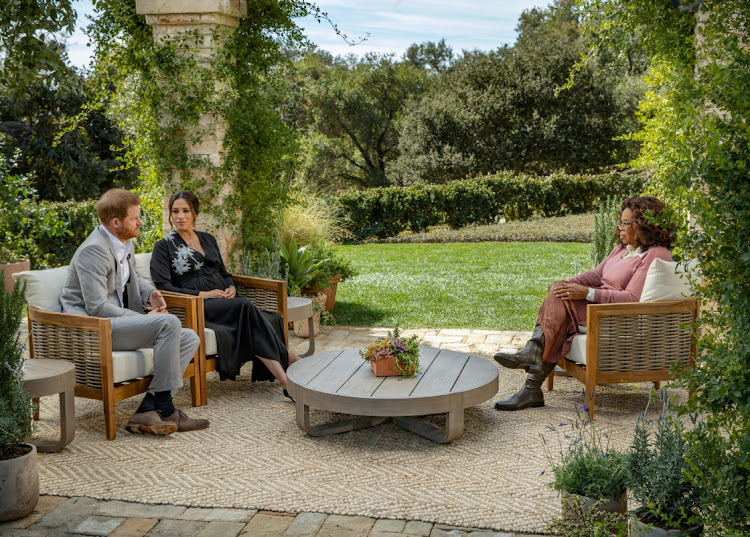 Prince Harry and Meghan, Duchess of Sussex, are interviewed by Oprah Winfrey. The writer says the global viewership numbers of this interview suggests TV may be reaching its popularity run as people seem to have deserted as they have with newspapers.
Image: HARPO PRODUCTIONS

One of the more interesting outcomes from the "Interview of the Decade" with Oprah was how few people are watching TV these days.

This suggests that few people are watching TV at all and there may be more appropriate media to get your message out to the adoring public.

Has TV reached the end of its popularity run as people seem to have deserted it as they have from newspapers? TV shows the pictures and the story in their news broadcast although rarely in detail whereas newspapers usually rely more on details than pictures.

Have they all been passed by YouTube, Facebook, Twitter and Instagram and if so, then be prepared for the level of news accuracy where Elvis Presley is still alive, the moon landings were faked, and the election results were not valid?

Please start watching more TV to get the headlines and then newspapers to get the accurate details.

From politicians to media darlings, Mzansi is not short of people Oprah can have a chat to.
S Mag
1 year ago

Journalist and television presenter Piers Morgan left his high-profile breakfast slot with the broadcaster ITV on Tuesday after his long-running ...
News
1 year ago

LONDON - Queen Elizabeth said on Tuesday the British royals were saddened by the challenging experiences of her grandson Prince Harry and his wife ...
News
1 year ago
Next Article