Sobukwe was ahead of time 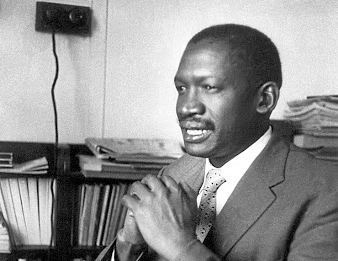 February 27 will mark 43 years since the death, by poisoning, of the founder of the PAC, Robert Mangaliso Sobukwe. In 31 years of my life, everything I know about Sobukwe and the PAC comes from my independent research.

My 12 years of schooling did not help either. I was never taught anything about him. We have been saying that Sobukwe always had all the best possible solutions to our problems since as early as the 1940s, and miraculously his solutions are still relevant to this day.

Unfortunately, the young generation of Azania, among whom I number myself, have been fed on the ANC's doctored history of Azania. As a result, we have lost a great opportunity to do great for the nation and honour this true giant of Azanian politics.

The one race, the human race, to which we all belong as Sobukwe once told the apartheid court, is currently endangered. Experimental vaccines over a virus which was never proven to exist is being tested on the populations of the world.

The control of people's movement through the "dompas" which is something Sobukwe fought tooth and nail against is resurfacing through microchips which are going to be embedded into our bodies.

In my view, were Sobukwe still alive today, he would have challenged the Covid-19 narrative, questioned the real agenda behind a Covid-19 vaccine and he would have defended the human race with his life.

Sobukwe would have listened to some of his followers' advice to ask the government to produce a single scientific document which proves that Sars-cov-2 has been isolated and purified. He would have asked the laboratories that conduct the Covid-19 test to reveal the number of cycles they run the test at. But Sobukwe lives through us. We, his offspring, will raise the sword of light and expose all the lies.