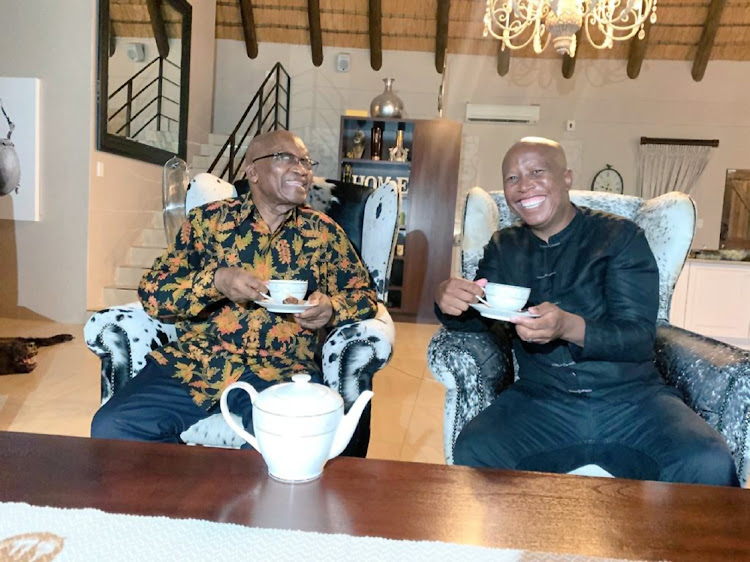 Jacob Zuma and Julius Malema, Mzwandile Masina and Ace Magashule and many others are haughty, arrogant, defiant and disrespectful, the writer says.
Image: SUPPLIED

Do Jacob Zuma, Mzwandile Masina, Ace Magashule and Julius Malema love SA and her citizens? Ever since the ANC took over from the National Party, there has never been development in this country.

Instead, the country has declined tremendously. Masina and Malema are not politicians in the true sense of the word.

The guys are grateful that money is lining their pockets. A great politician is the one who loves and respect his fellow citizens. Remember, both Malema and Masina were members of Cosas. It is a well-known fact that members of this organisation are used by the ANC to further its political agenda.

Both Masina and Malema are disrespectful, or rather, all members of Cosas are defiance and disrespectful. So, I am not far from the truth when I say that the democratic government in SA was founded on disrespectful manners.

Hence Zuma, Malema, Masina, Magashule and many others are haughty, arrogant, defiance and disrespectful. They don't care about the citizens of SA, that is why they publicly talk as it pleases them.

Secondly, all of them behave as if SA is their property. It is for this reason that they call black South Africans their people. A civil war in this country is imminent. Watch this space!

Why were Masina and Yengeni at the tea party?

I have a sneaky suspicion that a rotten fish is coming out of the ANC closet. This has come to light recently with the famous cup of tea at Inkandla.
Opinion
11 months ago

It was 'very nice, sweet and hot': EFF on Malema's tea date with Zuma

EFF national spokesperson Vuyani Pambo would not be drawn into spilling the tea over EFF leader Julius Malema's meeting with former president Jacob ...
News
11 months ago

Former president Jacob Zuma is said to have instructed members of the ANCYL in KZN not to prevent EFF leader Julius Malema from entering his Nkandla ...
News
11 months ago
Next Article