Mike Mokoena shook off a poor start to rise as businessman 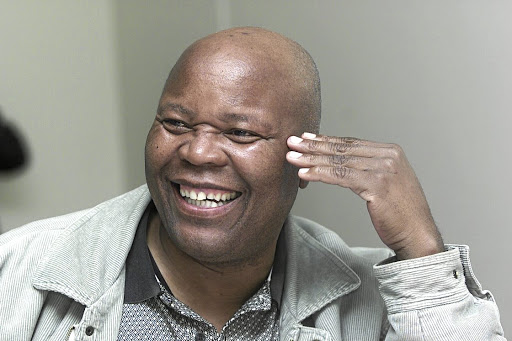 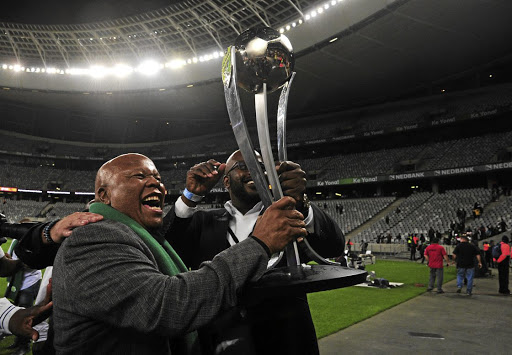 Liphapang Michael Mokoena, who was popularly known as "Bra Mike", was born in 1952 in Frankfort, Free State, on a farm called Blyskap.

He was the only child of Samson Mosikili and Mapule Mokoena. However, he was raised by his loving grandparents Sefofane Stephen and Nomthandazo Mokoena.

He went to Vantenkie Primary Farm School but did not further his studies beyond Standard 2 (now grade 4). Following that, he worked at various farms and managed to buy himself a bicycle, which he used as a means of transport while selling milk.

At the age of 16, the family moved to Makwane village in QwaQwa, but when he came of age, he got a job as a forklift driver in a company in Sasolburg.

In 1974, he went to Harrismith to acquire his code 14 driver's license, and that's where he met his beautiful wife Nomsa Joyce Mokoena.

They were both attending ballroom dancing classes and they became dance partners, and fell in love.

After obtaining his licence, Bra Mike left Harrismith to go work for Unity Long Hauls in Sasolburg as a truck driver. He drove trucks for a long time, delivering goods across the length and breadth of the country.

He and his lovely wife Mme Joyce tied the knot on December 14 1974, and were blessed with children thereafter. However, two of their children - Molefi and Moogo Mokoena, have since passed on.

In 1976, they moved to Zola in Soweto, where Mme Joyce was a teacher at Emdeni Primary School. But they soon moved back to QwaQwa after the Soweto student uprising in 1976.

PSL chairman Irvin Khoza and ANC secretary-general and former Free State premier Ace Magashule are among dignitaries who are expected to attend the ...
Sport
1 year ago

It is in QwaQwa where he started his first business venture of a driving school. He later grew his businesses, opening a coalyard and dry cleaners in Botshabelo. In between, he formed a football club, Makwane Computer Stars, which went on to become Free State Stars, in 1977.

He also established a funeral parlour, a catering company and a construction company TTC.

Bra Mike is also one of the founding members of the National Soccer League. He served in the Premier Soccer League board of governors, and was its executive committee member for many years.

He lived a better part of his life building Free State Stars to the brand that it is today, using his own personal resources to build it.

He never allowed his poor background and his lack of education to define who he was. He always had big dreams for himself and his family

From a farm boy with little education, he had the confidence to charm his way into a teacher's heart, his wife.

He went into business and competed vigorously with people who were seen to be above his class, but always came out tops. He built a massive business empire for himself and his family.

Though he was not educated, he took education very seriously and insisted on education by way of paying for the education of those around him. If confidence and work ethic were a person, Bra Mike would be that person.

He was a philanthropist who preferred to share his hard-earned wealth with the needy and the church, as a God-fearing Christian. He was a proud Methodists who later joined the Young Men's Guild, better known as Amadodana aseWesili.

He built many churches in QwaQwa villages of Makwane and Makong, and in towns of Phuthaditjhaba and Paul Roux.

He has put lots of people through school, donated houses to the poor and vulnerable. He was the epitome of a selfless human being.

He was diagnosed with cancer in 2005 and he has been battling with the disease for the past 15 years.

However, because of his strong character, only those who were close to him knew of his illness, otherwise he remained strong and resolute. He succumbed to the disease last week Wednesday in a Johannesburg hospital.

He is survived by his wife, children, grandchildren, daughters-in-law and brother.

Bra Mike will be laid to rest in Bohlokong, Bethlehem, today. Well done to a good faithful servant of God. You have run a good race and fought an excellent fight.

Funeral: Today, at the Methodist Church in Bohlokong, Bethlehem

Today, our country and the football  fraternity woke up to the sad news of the passing away of Bra Mike Mokoena.
Sport
1 year ago

"I have just lost my father."This is how a discernibly touched former Free State Stars coach Steve Komphela reacted to the passing of Ea Lla Koto ...
Sport
1 year ago

'Mike Mokoena was a Kaizer  Chiefs fan',  this is according to Kaizer Chiefs chairman Kaizer Motaung as he continues to pay glowing tribute to the ...
Sport
1 year ago
Next Article