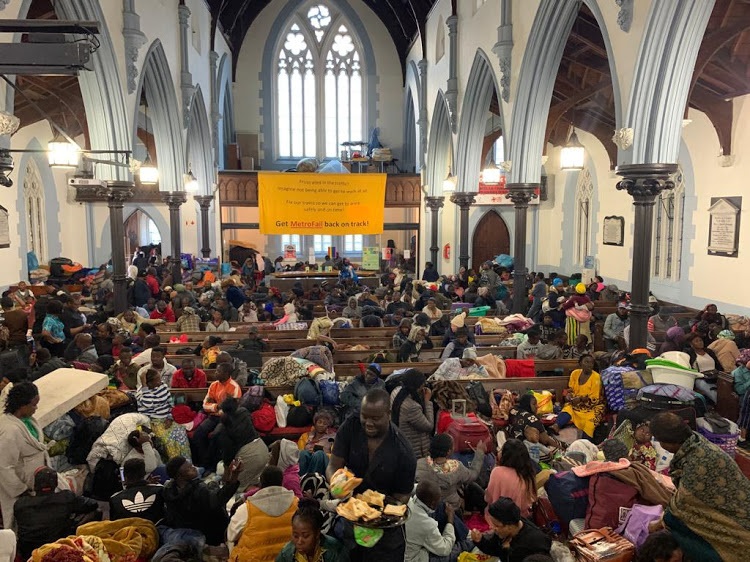 The foreigners that took over the street in front of the UN office are showing disregard for the laws of our country and they need to be dealt with, the writer says.
Image: Sunday Times / Esa Alexander

The chaos seen in Cape Town between the foreigners and the law enforcement agencies is a clear sign that nothing has been learnt from previous incidents.

The foreigners were inadvertently allowed to camp in front of the UN offices. The law enforcement agencies need to learn to tackle these kinds of illegal occupations as soon as they happen.

You allow people to occupy land illegally and build a community. After two months you want to evict them. This has not worked and will not start to work now. People were allowed to do as they please in the CBDs of the major cities and now you want to raid them for counterfeit goods?

The foreigners that took over the street in front of the UN office are showing disregard for the laws of our country and they need to be dealt with. They're going to turn around and say this is xenophobia, but we need to stop being held to ransom by criminals.

Scores of refugees and asylum seekers evicted during a clash with police in central Cape Town on Wednesday have taken refuge at the Central Methodist ...
News
2 years ago

'Our blood does not want to be spilled in the land of SA,' say refugees camped outside UNHCR

For two weeks, the walkway of the Waldorf Arcade has housed rows of makeshift bedding, screaming children and exhausted refugees begging the United ...
News
2 years ago
Next Article