Cyril Ramaphosa must have guts to go to Marikana 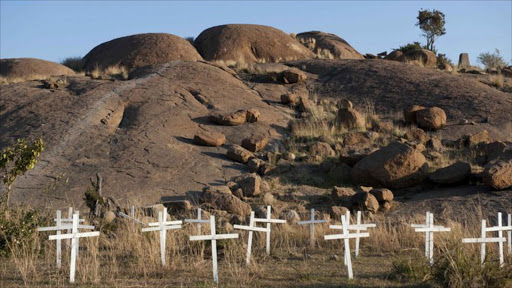 President Cyril Ramaphosa must show the same calm courage he showed at Robert Mugabe's funeral by going to Marikana, the writer says.

Leadership without courage is like a fallen leaf blown by the wind in any direction and trampled on by everyone.

However, courage is not arrogance either, but calm courage as displayed by President Cyril Ramaphosa when he was heckled by Zimbabweans at the late former president Robert Mugabe's funeral service. Well done, Mr President!

To be number one citizen of a country means when the country does well, you bask in its glory. But when the country falter you bear its burden. Hence the need for guts in order to face both the cheering crowd and the boo brigade.

The same calm courage must now be showed here at home in Marikana. Mr President, it is time you go and face the miners in Marikana with the same guts.

The dark cloud hovering above your head won't disappear by itself.

Wishing you well with the encounter of your fellow citizens, put SA first and represent us!