'Women's power' has gone too far 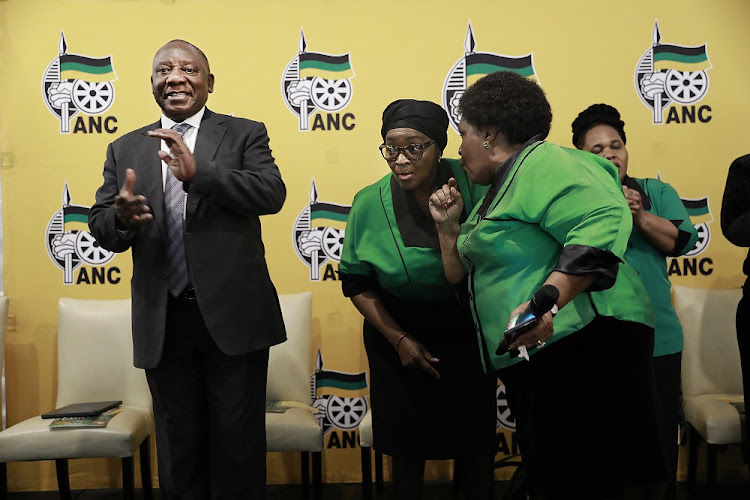 ANC Women's League hosted women from various sectors of the economy and representatives from various women groups in society to engage with President Cyril Ramaphosa on their needs and aspirations from Government’s 6th administration."
Image: ALON SKUY

I am certain, now that every August most men know there is a lot of fuss about and attention given to women and their emotions and wishes.

And, increasingly, most men bury their heads in the sand in August and close their ears to all the talk about women this or women that. I so wish I too could do the same, but it is not possible because I know the Lord loves women. But the Lord loves men too.

So what could be the reason for many men to switch off whenever "women power" is mentioned? Gender competition and the disrespectful attitude women exhibit is the answer.

In SA, black women deliberately misuse the notion of equal rights by challenging black men, in particular, at every aspect of their lives.

Another confusion stems from this constitution of ours which does not specify how this equality is supposed to happen exactly. Can equality between men and women exist in practice or is this a Popeye and spinach fantasy? Take for instance that there are more women than men, this means that a 50-50 reality is impossible. Either women will dominate or men will dominate.

The contentious attitude of black women means they see a man as an opponent to be opposed at all costs. Even if a man is not abusive he must be challenged for the sake of those who are.

It may seem sweet today to bash men and undermine them because it is August but it will be sour tomorrow. Our black boys are growing up bitter at being sidelined at the expense of girls.

All this, will one day explode terribly and the relevance of these campaigns will vanish up in smoke in a country of violence, crime, xenophobia, corruption and discrimination.

To progress in life, people need to adapt to change and be relevant

So, self-introspection plays a pivotal role if we want better results in any area of our lives.
Opinion
2 years ago

The last rock has been catapulted by politics of sycophancy and incompetency that saw some of the strategic installation handed down to economic ...
Opinion
2 years ago

Whatever impasse that exists between MultiChoice and SABC, it's unfortunate that ordinary soccer-loving South Africans are now affected.
Opinion
2 years ago
Next Article