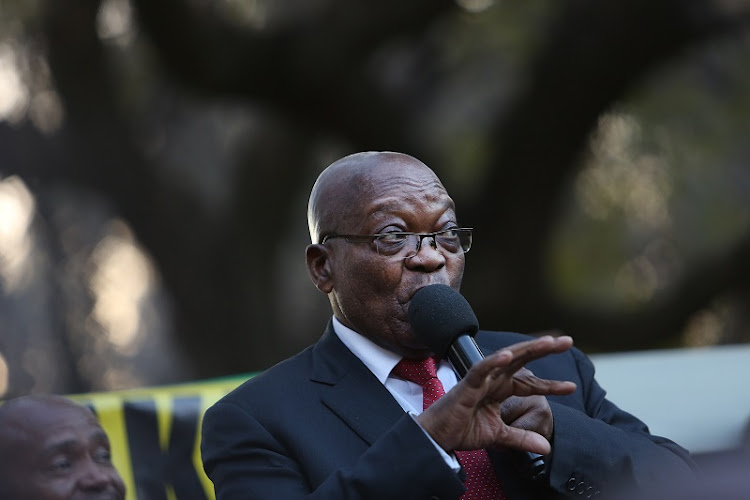 Jacob Zuma adresses supporters at the Pieter Roos Park after the first day of giving testimony before the Zondo Commission.
Image: Alon Skuy

It is sad to see poor and unemployed masses, including MKMVA members, supporting Jacob Zuma, who collapsed our economy and escalated unemployment to these heights. - Oriah Choshane

His cough is selective

While appearing before judge Raymond Zondo, Zuma regularly cleared his throat. But alas, when he appeared before his supporters in the afternoon, the "sore throat" was gone! - Pio Mashaba

Danny Jordaan really doesn't care about Bafana Bafana. To the Safa president, the national team is doing extremely well. Where is this man taking our team? He really doesn't know how this affects us. Stuart Baxter has failed us, he must be released and a local coach be hired. - Buti, Ennerdale

We should pray for deputy chief justice Raymond Zondo's commission into state capture to run smoothly. The smallernyana skeletons are growing bigger by the day. - AM Mvila