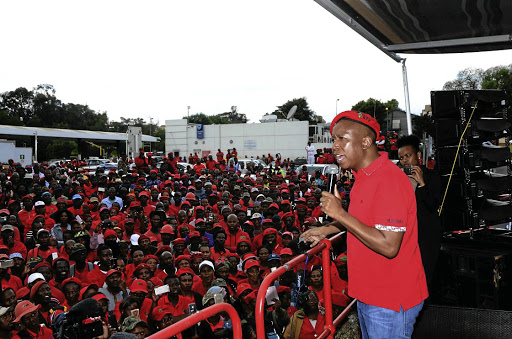 Please allow me to express my view in your people's paper, which I think is the view of many South Africans.

The EFF is holding this country to ransom now. It managed to achieve only 10% of our votes in the national elections, not 50% plus.

So, the EFF cannot dictate to us who must be the minister in this parliament. Yes, the constitution of this country is the law, but as to who translates that law is the function of the judiciary, not the EFF.

Our national votes, as the citizens of this country, indicate the ratio of representation of political parties we want in parliament and the EFF is not the majority. I was disturbed by their action in parliament where they wanted to prevent minister Pravin Gordhan from speaking.

Filibustering is allowed in parliament, points of order are allowed, staying out of chambers is also an option, but moreover, if the EFF feels aggrieved by anything, the judiciary could be used.

Unfortunately, these days they seem to be coming back with a bloody nose on each and every case they take to court.

What cannot be accepted is the EFF preventing any member of parliament from speaking by physically moving to the podium.

Parliament must come up with legislation that will prevent this. The EFF cannot rule this country by its only 10% of the vote.