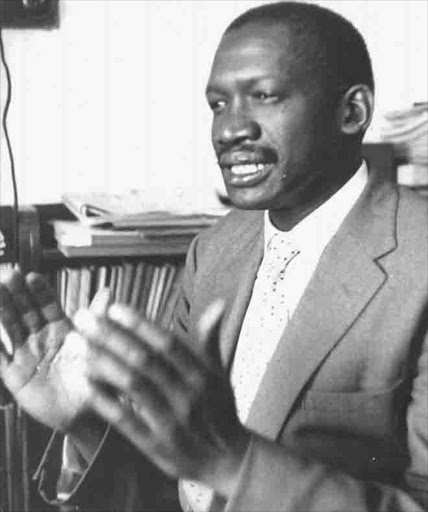 The reader says the likes of Robert Sobukwe are ignored whenever leaders who have condemned imperialism and white supremacy are mentioned.
Image: File Photo

This article is different from the one he wrote in the Sowetan of September 12, 2016, under the headline, "Disorder now the SA theme" in which he extolled the virtues of Henry Kissinger, a proponent of the "new world order" which Mashele now decries.

Responding to his 2016 article, I wrote, inter alia, that "This new world order is a dictatorial one-world government which if Mashele could know about, he would not publicise Kissinger's ideas the way he did.

Mashele does not understand that when the likes of Kissinger suggest that the world is disorderly, they are subtly enjoining the US and other western powers through Nato and the UN to be the world's policeman and take unilateral action as they have done in Afghanistan, Iraq and Libya.

As China-US standoff continues, there is little evidence Ramaphosa has a firm grasp of unfolding global drama
Opinion
2 years ago

Their objective is to loot resources from the developing countries

Mashele's opening and closing paragraphs need attention. He writes, "We South Africans are so consumed by the mess of our politics that we rarely take time to make sense of what is going on around the world".

My responses to his 2016 article and the recent one published in Sowetan on April 29, 2019, about his visit to South Korea, in which he described Kim Jong Un as "a mad man", clearly demonstrate that there are South Africans who take time to make sense of what is going on around the world.

But, can't Mashele realise that the North Korean leader is resisting the "new world order"?

For example, Mashele's favourite holy cow Nelson Mandela delivered a speech at the Royal Institute of International Affairs (RIIA), a proponent of the "new world order, at the Chatham House conference, titled "South Africa: The Opportunity for Business", on 10 July 1996.

Doesn't Mashele know that South Africa's negotiated settlement was an imperialist-brokered deal? Moreover, all US leaders who openly pursued the "new world order" such as the late George Bush, Bill Clinton, Barack Obama and David Rockefeller were very close to Nelson Mandela.

Rockefeller contributed to the ANC's 1994 election campaign and visited Nelson Mandela in SA more than once.

Mashele should not selectively condemn the "new world order" like he has just discovered that imperialism is bad. He ignores any mention of local leaders who condemned imperialism and white supremacy such as PAC founding president Robert Sobukwe, Steve Biko, Zeph Mothopeng, Onkgopotse Tiro and many others.

However, it is encouraging that he is now learning.