Nkhensani, a horrifying hospital which people fear for its shambles 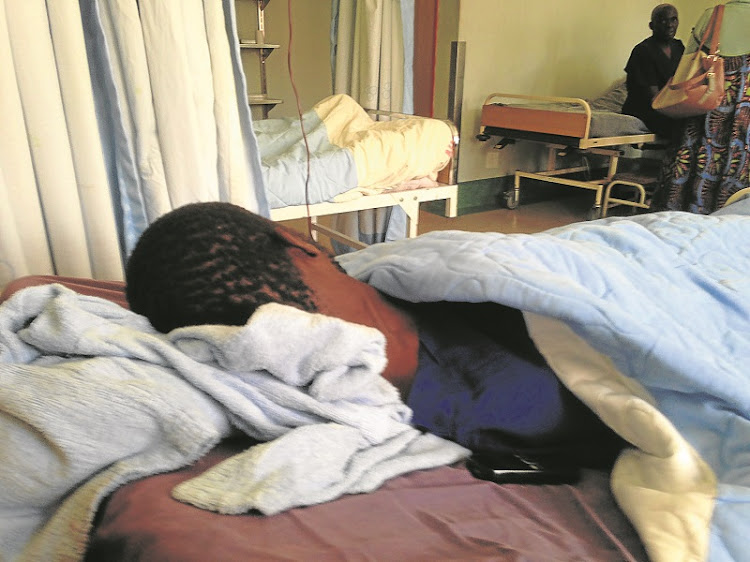 In this picture taken in 2013, patients at Nkhensani Hospital in Giyani were forced to use soiled blankets for up to a month because of laundry problems. The reader bemoans the fact conditions have not improved much.
Image: Lindile Sifile\ Sowetan

I am a resident of Giyani in Limpopo. Last week Saturday, June 15, my relative was admitted at Nkhensani Hospital. He was in a lot of pain.

After he was admitted we were told that there were no tablets. We had to go and buy the tablets at a chemist.

Our health system is in shambles. How can a hospital operate without medicine? Where is the money intended to buy medicine?

Poor people are on the receiving end as they cannot afford to buy their own medicines. In my view, Nkhensani is no longer a hospital, but a clinic.

Operations are no longer done at the hospital as they are referred to Letaba and Mankweng hospitals. Letaba is about 100km from Giyani while Mankweng is 140km away.

PATIENTS waiting to be referred from Nkhensani Hospital in Giyani, Limpopo, to other hospitals for specialised treatment are forced to sleep on the ...
News
10 years ago

Patients are transported by the department, but when they arrive, particularly at Mankweng Hospital, they are told there are no beds for them. And in the process they are sent back to Giyani without being attended to.

The question is why waste resources transporting ailing patients so far and only to be told there are no beds for them.

Last year, my sister was involved in an accident and she broke her leg. She waited four months at Nkhensani for a plaster, as this hospital has no facilities for this procedure.

She was later sent to Mankweng where on arrival she was told there was no bed for her. She had to go back to Nkhensani .

She went back to Mankweng five times, but she was never helped. Ultimately, we decided to take her to Chris Baragwanath Academic Hospital in Gauteng where she was assisted. Now she is fine.

The cash-strapped Department of Water Affairs & Sanitation has left 55 villages in Limpopo without clean water.
News
4 years ago

Prior to 1994, Nkhensani was well equipped and it never ran out of medicines and operations were done at this hospital. Today, the hospital has been relegated to a status of a mere clinic under the watch of the ANC government.

Even local ANC politicians who see the problems at Nkhensani do not fight for this facility to return to its former glory. This means they care less about the people at 91 villages of Giyani... all because they and their families can afford private hospitals.

I do not understand why Giyani people have to be humiliated with the downgrade of Nkhensani, and the long trips to Letaba and Mankweng.

I am not yearning for the past, but Nkhensani was a healthier and caring hospital before 1994. Now elderly people fear being admitted at this hospital which also runs out of food.