Voting is your way to be heard 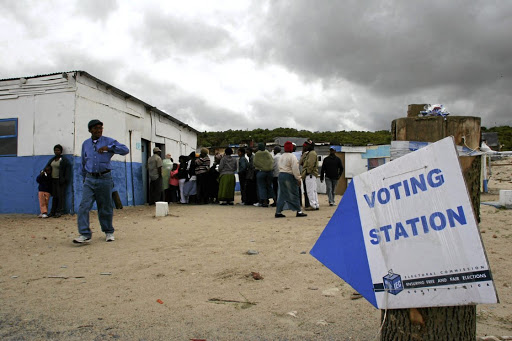 Our grandfathers and great grandfathers were denied the right to vote during apartheid, the reader says.
Image: MARK WESSELS

Your vote is your voice, for you to use by participating in the elections in your country.

If you are one of those who hadn't decided on voting, you are missing out because we will vote on your behalf if you don't vote. Our choice will be your choice. The winning party after the election will be your party as well.

Are you sure you don't want to participate, and won't complain after the elections that party A or B shouldn't have won?

Your vote is your choice; it doesn't matter what you vote for, but what matters is you putting an X on the ballot paper. Stand up and cast your vote.

Be one of 26.7-million registered South Africans casting their votes in the sixth democratice general elections.

Don't make other people make choices for you - Thuli Madonsela

SA's former public protector, advocate Thuli Madonsela, says it is important for South Africans to vote in order to determine who will govern their ...
News
3 years ago

It's everyone's right to vote for their political party of choice. Also, it's imperative to respect the choices of other voters and not fight.

Political tolerance is of paramount importance, we mustn't lose our cool. Voters exercising their right to vote should be allowed to vote without fear.

Independent Electorial Commission staff and observers from other countries should be respected, as theirs is to make sure we have fair and free elections.

For those protesting about service delivery, it's important to note that the IEC is an independent constitutional body which manages free and fair elections, deepening electoral democracy.

The IEC has nothing to do with service delivery. They must stop preventing the IEC from doing its work when they protest.

A vital part of any democracy is to guarantee that voting takes place in an atmosphere considered free and fair.