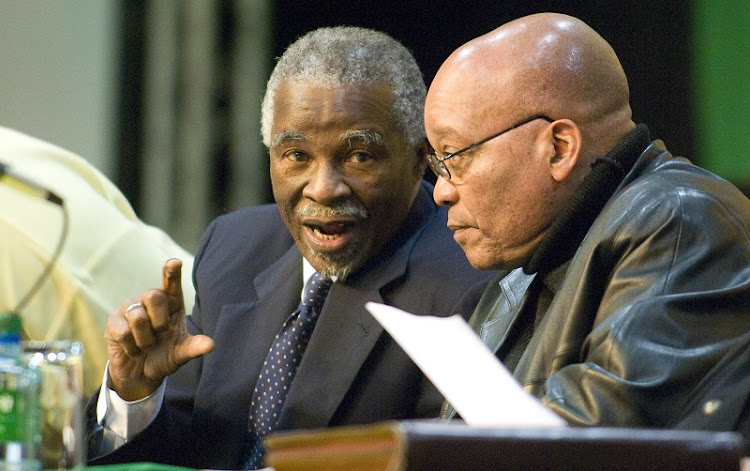 Prince Mashele is one educated fellow. He has not reached that stage of being called a doctor or a professor of philosophy yet, but when he interrogates politicians, you will think he is one of a rare breed in the education arena.

His opinion piece in Sowetan on April 15 titled "ANC is a gangsters paradise whose top leadership lacks intellectual prowess", exposes his arrogance and hangover about president Thabo Mbeki's era.

This is the man who once worked for the former president and is still bitter about what happens to Mbeki.

In his opinion piece, he tells readers that SA is still mourning the void left by Mbeki.

We would accept his anger and hatred directed to the leadership of the ANC if he was standing on neutral ground.

Even Julius Malema recently referred to Mashele as a politician who is afraid to come out of the closet so he parades as a political analyst.

The ANC has tolerated his insults so much. During Jacob Zuma's term in office he denigrated the former president as a nincompoop. He continues in his opinion article calling the current leadership of the ANC nincompoops.

It's a pity in the same article he idolises Tony Leon, the former leader of the DA, as an intellectual.

It is painful to see Sowetan giving this man ample time every week so that he can spew his endless anger at the leadership of the ANC.

Mashele must just prepare for another stress-related condition because after May 8 the voters will surprise him again.

We are used to his diatribe and biased writings but we are warning him not to refer to our leaders as nincompoops.

He must refrain from using such words because he is not only insulting our leaders but also all card-carrying members of the ANC. Freedom of speech has got limitations.