Guptas must grill state capture witnesses face to face, not via video link 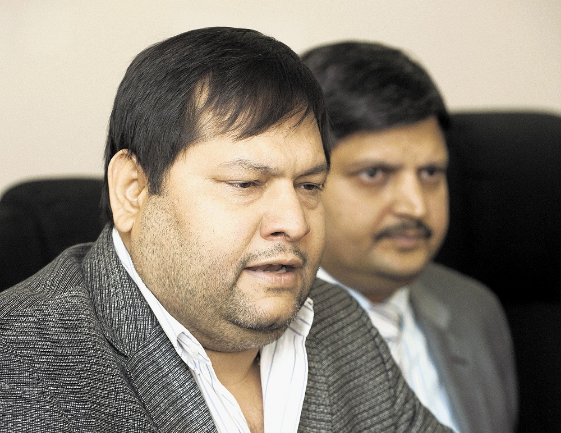 Ajay Gupta recently said he wants to cross-examine state capture inquiry witnesses like Vytjie Mentor and Mcebisi Jonas. There's a catch though - he wants to do it via a video link.

It will be a sad day for SA if the commission's chairperson, Raymond Zondo, agrees to that nonsense. We want the Guptas here, all three of them. They are the engineers of state capture. This whole commission of inquiry revolves around them.

They came here and stole our tax money with the aid of unpatriotic South Africans. Our own people are suffering because the ANC has made Struggle credentials a must for anyone to benefit from government contracts.

It goes without saying that the Guptas clearly have none.

The Guptas have embarrassed all self-respecting South Africans. As far as I'm concerned, they belong in jail. Their shenanigans have been corroborated by far too many people to be considered a figment of imaginations.

I'll be a happy man the day the judiciary starts prosecuting bigwigs who masterminded, colluded in and aided state capture. I know many people who are very qualified in their fields of specialisation who have been denied government tenders.

I'm not talking about corrupt comrades who do shoddy work. I'm talking about professionals. Our people have suffered because of state capture.

The Guptas owe us an explanation.