Nehawu is not serving the workers 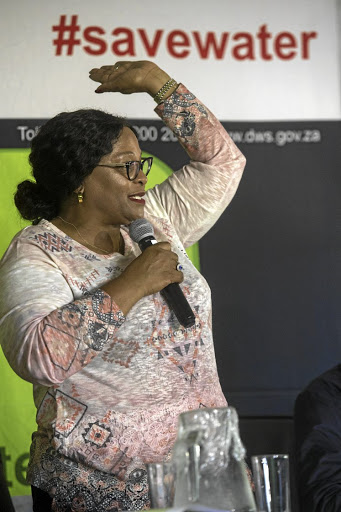 Former water and sanitation minister Nomvula Mokonyane is not the only one to be blamed for looting state coffers, says the writer. /Gallo Images

The National Education, Health and Allied Workers Union (Nehawu) is the last organisation to ask the Hawks and the public protector to probe former water and sanitation minister Nomvula Mokonyane because it contributed to the current problems in the country.

Nehawu supported former president Jacob Zuma in 2007 in Polokwane and also defended him when the public complained that Zuma was looting state coffers.

It is unfair to insinuate that Mokonyane should be probed because the majority of ANC politicians and its alliance partners never condemned the looting of the state.

Nehawu also abdicated its mandate to ensure that workers were not exploited by employers and involved itself in factional fights that ravaged the ANC.

The only thing the union is good at is organising unnecessary marches to fool the ignorant workers.

Cosatu and Nehawu have reached their sell-by date because they are failing to help the workers.

In my view, all the unions aligned to the ruling party are useless because they do not represent the workers.

They purport to be communists, but are enjoying the fruits of capitalism in a big way. Nehawu is the biggest union in the public sector but it is not effective because it connives with the employer.

The trade union should leave Mokonyane alone because it has encouraged ANC politicians to do as they wish for the past 23 years.

Those who pointed out that there was something wrong in the department, were insulted and called defenders of white monopoly.