The jury is still out on Ramaphosa 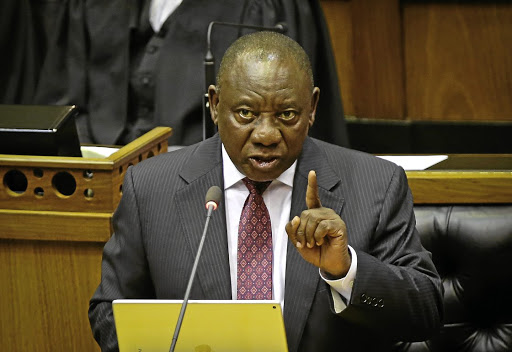 Leadership requires practical and clear vision, and not a basket full of niceties.

With our new President Cyril Ramaphosa, so far we have heard and seen a president who has a big basket full of niceties, from late Hugh Masekela's lyrical rendition to Cape Town walks.

At least by December 2018, we should then be able to fathom and define his presidency with ease.

It will be premature and not sensible of us, as South Africans, to see president Ramaphosa as the "real one", so soon.

Hence, it is advisable to guard our excitement over his ascent to that high office in the land with caution.

The country is in need of immediate rebuilding. It is indisputable that Ramaphosa is a tested and tried leader in the fields of business and negotiation circles, but never in the position of a president.

The SaveSA commended Ramaphosa for “finally putting a stop to the shenanigans” around the leadership of the NPA.
News
3 years ago

One can argue that he is well-rounded, but that does not mean he is all-rounded.

He will have to assemble a quality team of individuals for his administration, with a strong work ethic, not amandla functionaries of the Jacob Zuma era.

After his election as president of the ANC, we saw him entering what he called a "pilgrimage", visiting the gravesites of the past leaders of the governing party.

That might have been to appease ANC ancestors, perhaps promising them renewal and returning to their old values.

The better way for Ramaphosa to reignite the engine of the ANC, which is now full of dust, is to revisit the speech of its former leader and
cofounder Pixley ka Seme, "The Regeneration of Africa", which he presented at Columbia University on April 5 1906.

Visionary leaders are realists and are action-oriented, and their ideals always come to fruition.