A man worth blowing the horn for 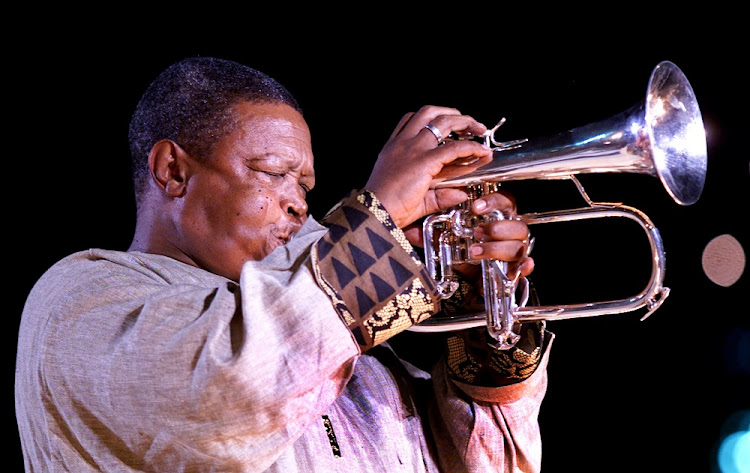 President Jacob Zuma expressed his heartfelt condolences on the passing of Hugh Masekela on Tuesday at the age of 78.
Image: Ruvan Boshoff

By exposing the rest of the world to the real story of what apartheid was, Hugh Masekela, like many other exiled music icons such as Jonas Gwangwa, the late Miriam Makeba, Caiphus Semenya and Letta Mbulu, fought against an inhumane racist system through the arts.

His ilk knew that song was often more powerful than the bullet and used their craft as well as proximity to political power to fight apartheid using their craft.

Yesterday, the mighty stimela - coal train - that was Hugh Masekela ground to a halt.

As a fierce cultural and social activist, Masekela spoke truth to power with a sharp tongue always accompanied by piercing notes of his trumpet and flugelhorn.

His music career was intrinsically intertwined with his protest politics as he used his position in exile to highlight and denounce inequalities brought on by segregation laws in SA.

Upon his return home in the early 1990s, Masekela was soon confronted with the reality of a South Africa that had not yet seen uhuru. The townships that he had left in 1960s were still a cesspool of crime, poverty, hunger and disease and he was highly articulate denouncing the severe inequalities that had gotten worse.

Masekela spoke out against the lack of material change in the conditions in which most black people live to this day.

He also championed the cause for black artists to take charge of their own destiny and rallied against a system that saw many artists in this country die poor.

The fight against drugs was also close to his heart. As one of the few artists in the early 1990s who came out and shared his experiences as a former drug addict, the musician was the first to alert South Africa of the explosion of drugs in our communities.

Masekela was also uncompromising in another passion, the promotion of the African identity, famously showing his disdain for women who wore weaves.

Beyond the cosmetic element of this stance lay a deeper lesson the icon wanted to impart - of African self-love and beauty.