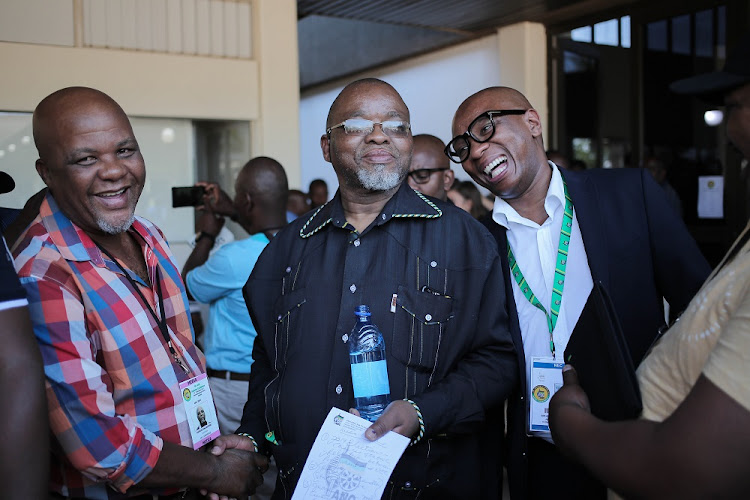 Gwede Mantashe and Zizi Kodwa give their last press conference as Secretary General and National spokesperson of the ANC at the National ANC Elective Conference in Nasrec, Johannesburg. Mantashe is a candidate for chairperson of the political party.
Image: Alaister Russell

This is the same man who defended Jacob Zuma with all his might; going as far as suggesting Zuma was the victim of his success. Mantashe has made it his habit to avoid questions about the Guptas.

Ramaphosa's riches are no guarantee he won't loot. I have yet to meet a rich person saying "I'm rich enough now, I no longer want money". The second stinker Mantashe said was if people continued shouting at the ANC, the party would switch off and stop listening. Really?

These are the same people who, while campaigning, came to our homes and told us that ANC was a party of the people. Since when does a "party of people" stop listening to the people?

Mantashe’s hint to Zuma: ‘If you can’t do the right thing‚ you must offer to resign’

You have people who claim to represent the poorest of the poor making such insensitive statements. We have service delivery issues and people's patience is wearing thin but Mantashe says they shouldn't bother the ANC.

If Mantashe has the nerve to say that, what's the point of voting for the ANC?

The ANC can't afford to switch off. If it switches off, that will be its fastest route into the dustbin of history.

I implore Mantashe and his ANC comrades to switch off and see what will happen in the 2019 elections. We don't need such arrogant statements from people who should know better. Mantashe should be using his energy wisely towards finding a lasting solution as to what to do about Zuma. His statements are not helping the ANC.