Stars embrace queerness only when it suits them 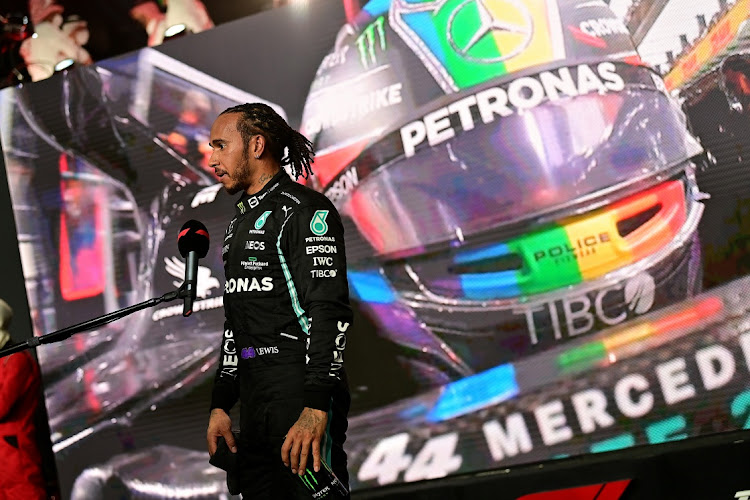 F1 star Lwesi Hamilton of Great Britain has emerged as one of celebrities to make disturbing statements on gender issues by trying to shame his nephew his nephew for seeking to wear a skirt.
Image: Andrej Isakovic

Unless you have been living under a rock, you will have no doubt come across the Johnny Depp and Amber Heard case.

Splashed across every existing social media platform, the ups and downs of the trial were inescapable.

What was particularly alarming was the heavy support received by Depp. The Pirates of the Carribean actor had fans dedicated to defacing and denouncing every single thing said by his former wife, Heard. It even went so far as them sexualising scenes in which she described Depp sexually assaulting her.

A psychologist in a Washington Post piece credited this unwavering loyalty to his far-reaching fame. On top of that, fans weren’t bombarded with a sense of “fakeness” from the star. Instead, he portrayed himself as reserved and quiet, not showing off wealth even though he lived a recluse life on an island, a celebrity lifestyle that has come with many skeletons.

The eccentric nature of Depp made him acceptable, someone who everyone could support and love. So naturally, his fans clung to him.

One of the moves he pulled has been aligning himself with the LGBTQIA+ community. During the 12-year relationship he had with Heard, she accused him of transphobia and homophobia. During that time Depp had a sudden opinion that all his eccentric characters are essentially gay.

It’s a move that a number of public figures have been pulling in the past few years where celebrities align themselves with the non-confirmative nature of queer people.

Following their real-life divorce, Mr and Mrs Smith stars Angelina Jolie and Brad Pitt made a number of headlines. Especially when Jolie came out about the abuse she faced at the hands of Harvey Weinstein, a director that Pitt was more than ready to work with. The couple were at odds and eventually had a rift caused by this due to his inability to understand what she experienced.

His brand has quickly included a number of gender-bending photoshoots and fashion choices that see him embracing skirts. Something he hasn’t done as fervently before.

In 2017, F1 star Lewis Hamilton took to social media to shame his nephew who wanted to wear a skirt. Already having a hard time as a black star in an already white environment, the last thing he needed on his slate (especially in a world where negative press is usually kept to a minimum) was the legacy of being exclusionary. Since then Hamilton has been a beacon of inclusivity. Championing not just black lives matter but LGBTQIA+ rights too as christened by his GQ magazine cover that saw him don the very same skirt he shamed his nephew for wearing.

On the other hand, female singers have often been called out for their problematic use of bisexuality, a way to spice up music videos that can appeal to men and women of different sexualities.

While the case of Hamilton might be a sign of growth, there still exists the awkward legacies of stars who only embrace queerness when it is advantageous to them. While it seems like a cool time to be gay, we can only imagine what side-effects this trend-hopping will have in the long run.

Enyobeni not a youth, but societal issue

While the Enyobeni tragedy has made Gen Z the face of alcoholism, these issues have always existed in our society.
Opinion
1 month ago

Dour and sad music we are fed today uninspiring

Without a department built specifically to ensure new artists get the necessary skills and training they require, we become inundated with the dour ...
Opinion
1 month ago

Is it not time reality TV competitions take a page out of cooking shows like MasterChef where your skills and failures are the key to success?
Opinion
1 month ago

We have all been there before, picking up the pieces of a friend’s failed relationship. Whether they were right or wrong for those first couple of ...
Opinion
2 months ago
Next Article