Enyobeni not a youth, but societal issue

Stop the chatter about what's wrong with ama2000, we all have a problem 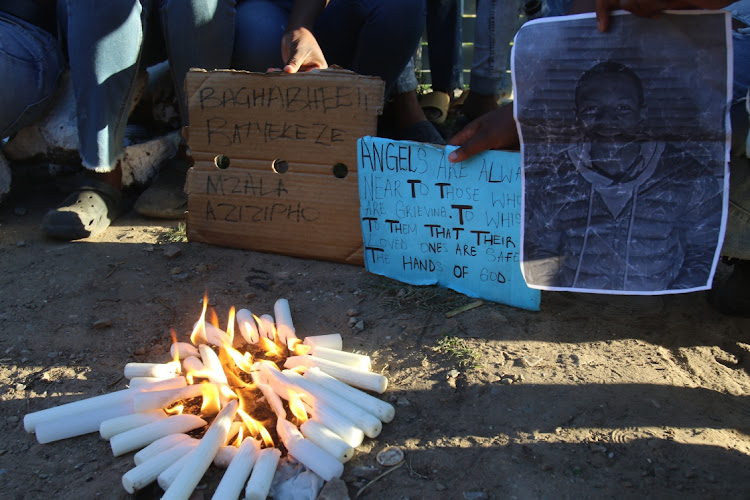 As the Enyobeni tavern in the Eastern Cape tragedy shook many of us this week, a number of conversations have risen from it. Some of it healthy, some concerning. Particularly conversations I’ve come across where people decided to make this a war between generations.

This even boiled down to the media consumed by older generations in comparison to “ama2000” and I was reminded of the TV programme Soul Buddyz.

The show did a phenomenal job in dealing with societal issues such as HIV/Aids, sexual assault and even alcohol abuse in a manner that its young audience could digest.

While the Enyobeni tragedy has made Gen Z the face of alcoholism, these issues have always existed in our society.

The latter was dealt with in the fifth season when the Buddyz were uncomfortable about an acquaintance that was sent to go and buy alcohol.

Now if you grew up in a township you know that being sent to go and buy something at the shops is a cultural necessity – a rite of passage if you will.

Whether you are successful in buying a loaf of bread or returning with a bag of sweets, it is also a social experience that sees other kids accompany you on your great trek to complete a chore that involves money and possibly that night’s dinner.

However, for some households, this also included sending kids to go and buy alcohol – sometimes working in those very taverns.

I was a little baffled that there were people who found it strange that in our communities children were found in taverns when all we see growing up are drunk uncles who get to lose their troubles at the bottom of a bottle.

No objections to granting licence to Enyobeni tavern

The Eastern Cape Liquor Board (ECLB) said no objections were received over their decision to grant a liquor licence to Enyobeni tavern in Scenery ...
News
1 month ago

LISTEN | 'Report on cause of deaths not out': SAPS slams speculation over Enyobeni deaths

The SAPS in the Eastern Cape has refuted rumours about the cause of the death of 21 teenagers in the Enyobeni tavern in East London.
News
1 month ago

So would it be so farfetched that children in these environments would eventually be attracted to dealing with difficulties in a similar fashion?

In the previously mentioned episode of Soul Buddyz, the show dealt with this issue like it did many of its smaller arcs; the kids would band together, encourage each other and find an adult who can help them voice their disdain for a social ill.

However, in the real world such an issue was not going to be resolved by reasoning with a businessman or a parent about how to conduct their affairs. If anything, it would be met with derision.

While many have surmised that the Enyobeni deaths are the result of wild children who don’t get enough hidings at home, the true killer of any youth bracket that has lived in SA is unhealthy social norms.

Whether it's taverns in townships or nightclubs in posh suburbs, teenagers have always been a fixture of the club scene. What doesn’t seem to change are the adults who grow accustomed to unhealthy habits.

As with programming that has existed then and that exists now, children are told that they are the future – the heroes if you will – and that they are the much-needed change. But if that is the case, does that note make us adults who continue to uphold toxic societal norms of the past the villains who keep impeding them.

There has been so much chatter about what is wrong with today’s generation rather than conversations on how we are going to change as an entire society.