We must leverage the agricultural sector to create jobs 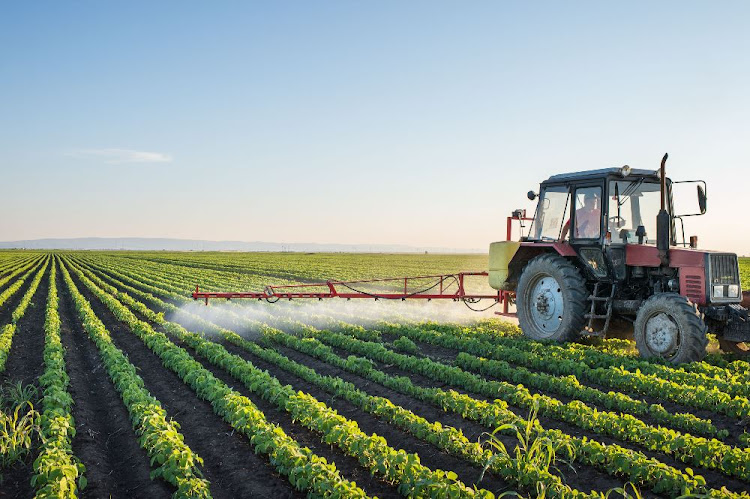 Properly thought out, agriculture can make a large contribution in the fight against poverty and unemployment, the writer says.
Image: 123RF/KOSTIC DUSAN

The crippling crisis of unemployment and low prospects of future growth in the country ought to necessitate a positive re-imagination of the role of agriculture in the economy and its ability to absorb a huge number of workers.

The quarterly labour force survey for the first quarter of 2022 still shows alarmingly high levels of unemployment, particularly among young people. The survey shows that the unemployment rate was 63,9% for those aged 15-24 and 42,1% for those aged 25-34 years, while the current official national rate stands at 34,5%.

The rate of unemployment has been steadily rising since 1994 and there is little hope that the current policy trajectory of the country will resolve this unemployment crisis. Historically, agriculture has been the bedrock of economies across the world, and has always been the basis from which other industrial activities emanate. Properly said out, agriculture can make a large contribution in the fight against poverty and unemployment.

The survey cited above also indicates that there were 844,000 people employed in the agricultural sector in the country between January and March this year, which represents a drop of about 23,000 workers compared to the previous quarter. This ought to be no surprise considering the seasonal nature of agricultural employment. This number does however represent a significant portion of the employed, and if agriculture were to function at its full potential, a huge number of the unemployed would be absorbed into the sector. To demonstrate this, it is important to provide a layout of the sector in this country.

The country’s entire surface is 122 million hectares, and only 12% of this is arable land. However, over 70% of the surface is suitable for livestock farming. The Census of Commercial Agriculture report published by Stats SA in 2020 shows that there was in total about 40,122 farming units in the country. About 34% of these farms were involved in livestock farming and 31% engaged in mixed farming activities, while 21% were field crops. Together, this these farmers own the bulk of the land in the country and we know from the 2017 Land Audit that whites own about 72% of all agricultural land in the country, while African people own just about 4%.

From this group of commercial farmers, the country gets most of its food, but it does not mean that the sector is functioning optimally. The opposite is in fact true and there is massive opportunity for transforming the sector, not only in terms of its demography, but also in terms of its capacity to provide the necessary steam to economic growth and employment.

Government continues to drive various initiatives to ensure that SA’s youth are given access to opportunities to better themselves, drive change in ...
SebenzaLIVE
2 months ago

Some of the sector’s constraints are well-known. Research has shown that the commercial farming sector is hardly ever efficient, because of a number of policy and operations constrains. About 80% of all the food produced comes from just 20% of the total commercial farms in the country and 80% of these farms are struggling to make ends meet. The 20% that produces the bulk of the food we consume and export are large commercial entities, who also sell almost exclusively to a very restricted retail and wholesale sector, and get their inputs from an equally monopolised sector.

For example, about 70% of the food produced from these farms is then sold to just five big corporation — Shoprite, Pick n Pay, Spar, Woolworths and Massmart. The monopolisation of the agricultural sector is not limited only to these, every other aspect of the sector is subjected to tight monopolistic controls.

The former cooperatives, SENWES, AFGRI and NWK control about 70% of the maize handling and storage capacity in the country; while Tiger Brands, Premier Foods and Pioneer Foods control about 60% of milling of white maize and almost 90% of the milling of wheat. These monopolies have widened their tentacles to the rest of the continent as well, and South African food and agriculture companies are deeply entrenched in the region and continent.

Trade liberalisation saw the phasing out of tariff protections to South African farmers and further decreases in farm subsidisation. For this reason, only the most advanced of these farming entities have survived, and they have also grown bigger because they bought up struggling farmers and consolidated their operations into even large farming enterprises.

It is from this constricted sector that most of the agricultural jobs are found and the sector would have to be restructured in a significant way in order to ensure that its capacity for further employment and growth is realised. For this to happen, there must be a concerted strategic effort to do the following:

At the core of this revised agricultural strategy must be the more than 200,000 small and subsistence farmers who are farming without any government support in the country.

Expanding access to land to these farmers, providing them with extension support services, with assistance to market their products and introducing tariff and non-tariff protections against unnecessary external competition would immediately see a rapid increase in production of food, and perhaps double the number of jobs in the sector now. Large agricultural entities are dependent on machines, while smaller operations would be more labour intensive.

Theoretically, it has also been proven that smaller agricultural enterprises use the land more productively than large ones. The reorientation of the South African agricultural sector from large to smaller entities would deal with the problem of agricultural monopolies, increase food production, and increase employment

Mente is the national chairperson of the EFF and a member of the parliament.

Tourism, our best chance of economic revival, sunk by crime

Tourism does not emerge out of pure magic. It needs a specific set of conditions in place for it to punch at its maximum potential.
Opinion
3 months ago

Technology will change the landscape of work, not kill jobs

Yes, technology will change the landscape of work, but societies must respond with innovations that promote skills that enable the best of our human ...
Opinion
3 months ago

President Cyril Ramaphosa has called on ANC alliance partners to intervene in the internal battles confronting the governing party.
News
4 months ago
Next Article