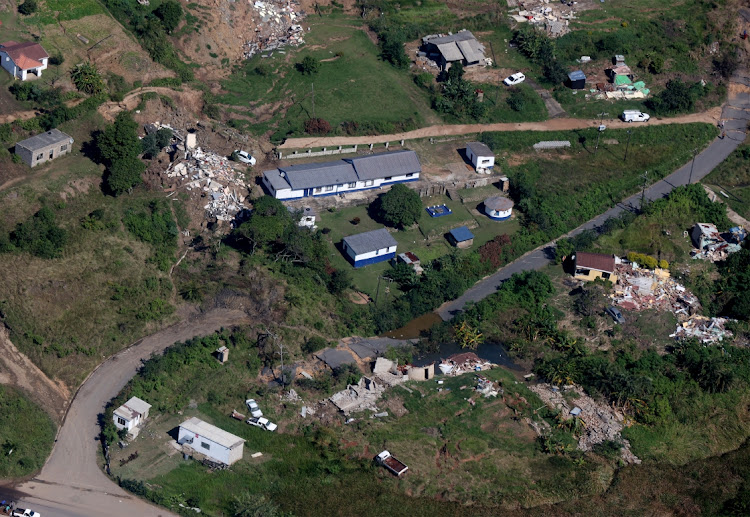 Floods in KZN closed many cutting off some communities from the outside world.
Image: Sandile Ndlovu

The devastation caused by the recent floods in KwaZulu-Natal has once again reminded us of the importance of our national roads to SA’s economy.

At the end of every year and every Easter weekend – as we have seen again this year after the relaxation of Covid-19 restrictions – hundreds of thousands, if not millions, of South Africans take to our national roads to visit loved ones who might live in other provinces or even in neighbouring countries.

Our national roads not only connect places, more importantly they connect people. Thousands of trucks can be seen on SA’s national roads at all times as these are often the main economic arteries between towns and provinces of SA, and the neighbouring countries. Our roads mean we can easily transport goods and produce to markets in these countries.

At the height of the recent devastating rains in KwaZulu-Natal, many roads were affected and closed, meaning some communities were cut off from the outside world. This meant that goods and provisions could not reach those communities.

Even access to Durban’s harbour was cut off at one point, which cut at the economic heart of this port city. Without access to the habour, goods could not enter or leave the city, seriously compromising its economic viability. Durban is, after all, the most important city  in SA for international trade.

Addressing the nation last week, President Cyril Ramaphosa outlined the extent of the damage caused by the recent floods which displaced more than 40,000 people and devastated entire communities. He said the SA National Roads Agency (Sanral) will be the lead agency on the extensive work required to repair roads in the province, starting with an immediate focus on the N2 and N3 highways.

Ramaphosa said detailed work was under way to assess and quantify the damage to roads and bridges and that, about 1,300 road repair projects had been identified.

Sanral has the important role of upgrading and maintaining the national roads network, one of the country’s biggest assets. It does this by building new roads, upgrading and rehabilitating existing roads on a continuous basis.

Over the next few months, Sanral will be leading efforts to reconstruct the roads damaged during the recent floods. It is important to fix our roads so that normal economic activity can be restored, while affected communities can once again enjoy the freedom of using their roads. We look forward to the support of various stakeholders as this important work gets under way.

• Hlahla is northern region manager at Sanral, a state-owned company whose sole focus is to improve and maintain SA's roads network.

We shudder at the thought that the National Station Improvement Programme Mbalula announced would be rendered meaningless if the vast improvements ...
Opinion
4 months ago

Transport minister Fikile Mbalula on Monday said an estimated 27% of the department's budget would be allocated to the Passenger Rail Agency to ...
News
11 months ago

We find ourselves in extraordinary times, with the effects of Covid-19 wreaking havoc in economies all over the world.
Opinion
1 year ago
Next Article