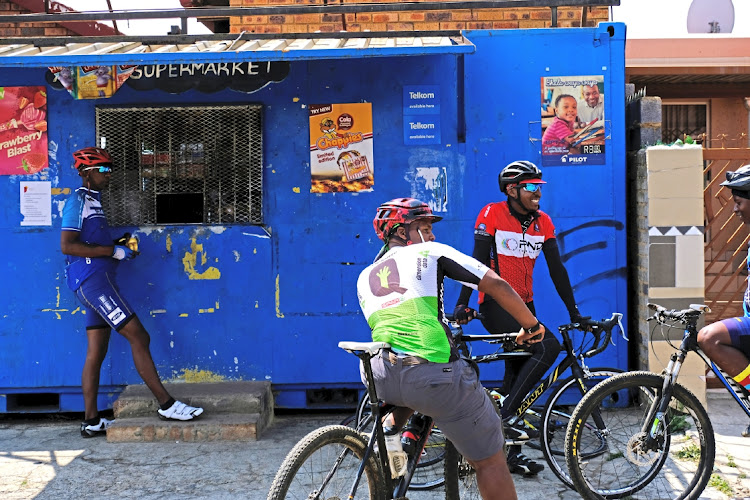 Therefore the debate by the National Council of Provinces on the Relevance and Success of Broad-Based Black Economic Empowerment and Employment (B-BBEE) and the progressive B-BBEE Act, enacted in 2003 to drive forward transformation and industrialisation in the country is necessary. The objective of the B-BBEE Act is clear in seeking to increase the number of previously disadvantaged social groups to participate meaningfully in the mainstream economy through various interventions.

The 24th of March was a momentous day in affirming practically, for the citizens and communities of townships and informal settlements in the Gauteng City Region, with the tabling and passing of the game-changing Township Economic Development Bill.

Regarding the B-BBEE Act as a legislative and policy support of the previously disadvantaged groups, of which the majority are black, it was necessitated by the historical fact that in 1994, more than 80% of the economy was owned by the minority and black people were owning less than 20% of the economy.

Most importantly, the B-BBEE Act was not conceptualised and subsequently implemented from an ideological vacuum.

It was informed by the 1995 Freedom Charter premised on the principles of promoting “equal rights and shared opportunities” and “redress, redistribution, social, economic and spatial justice”. Equally, it was informed by the 1996 Constitution which enjoins the democratic government to “improve the quality of life of all citizens and free the potential of each person”.

Therefore, the seminal question before us is whether we have made substantial and quantifiable progress since 2003 when the B-BBEE Act was enacted. Likewise, we have to pause and reflect on what programmatic measures we are making to reverse the gains rolled back by the Covid-19 health and economic pandemic.

Obviously, we cannot deny that these two crisis points also serve as an opportunity to address the persistent structural economic inequities that have existed in post-apartheid South Africa.

As the 6th administration led by premier David Makhura, we have an opportunity to do things differently.

If the 2021 July civil unrest have highlighted anything, it is that wealth and income inequality, if they are not addressed decisively, they will remain a time-bomb that threaten our country’s democracy dividend.

As such, the B-BBEE legislative and policy framework remains relevant in 2022 as it was in 2003 and before then. If we are to save the project of building and refashioning SA to reflect the ideals enshrined in the Charter and the Constitution, it is non-negotiable we stand full square behind this policy and implement it as compulsory to all public institutions and private sector institutions.

The implementation of the B-BBEE policy has not been satisfactorily implemented in the country by both the public and private sectors since 2003. The public sector non-compliance has created a situation where the private sector does what can be characterised as “malicious compliance”, whereby there are very minimum benefits to intended beneficiaries and the impact is reasonably miniscule. With regards to the current state of B-BBEE compliance in most public institutions, there is relatively little compliance.

By B-BBEE compliance, it refers to the effective and efficient implementation of the five B-BBEE elements by the private sector and four elements by the public sector, as prescribed in the codes of good practice. These elements are:

These elements are very important in driving transformation and enabling black people to play a meaningful role in the economy of the province.

In 2021, the Gauteng department of economic development (GDED) decided to take the implementation of the B-BBEE policy with, arguably, decisive political will. The GDED group, which consist of the Department, the Gauteng Growth and Development Agency Gauteng Enterprise Propeller (GEP), Cradle of Humankind and Dinokeng contributed R14-million towards the implementation of B-BBEE Act during the 2021/22 financial year.

This budget covers the B-BBEE elements mentioned above of skills development, supplier development, enterprise development and socio-economic development. We have decided to do this through targetted partnerships with civil society institutions.

The three implementing partners that are appointed to implement these elements are Tshwane University of Technology Family Tree, and the Gauteng City Region Academy.

In conclusion, the Gauteng province will be the first province to implement the B-BBEE policy in the country whereby all public institutions are contributing towards the B-BBEE budget and are managed centrally in a provincial WarRoom in the 2022/23FY.

• Tau is the MEC for economic development, environment, agriculture and rural development in Gauteng.

Gauteng premier David Makhura has made an impassioned plea to residents not to take the law into their own hands but instead work with the government ...
News
1 month ago

Bill a leg-up for small businesses in Gauteng

The bill, which came to the public in 2020, allows the provincial government to provide finance, training and equipment to township businesses.
News
1 month ago

Gauteng’s proposed Township Economic Development Bill, which was initially intended to be tabled into law in 2021, is currently undergoing public ...
News
2 months ago

Township business owners in a huff over opportunities

Township entrepreneurs have lashed at Gauteng government for its failure to spread opportunities and regulating the liquor industry.
News
6 months ago
Next Article