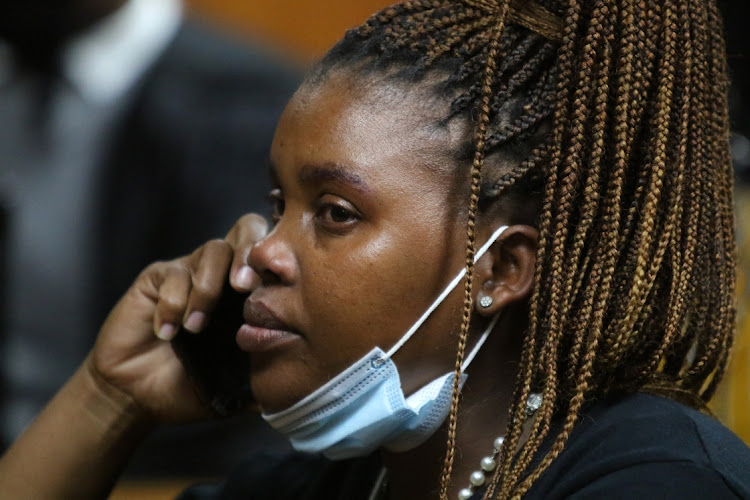 Sibongile Mani in Court as she gets 5 years jail time following charges of theft, where she overspent her NSFAS that mistakenly deposited to her Intelimali card.
Image: MICHAEL PINYANA

It was not items necessary to survive that she splurged on, but those of luxury. Therefore, her actions were inspired by greed and not need.

Mani stole over R800,000 of the R14m mistakenly deposited into her account by IntelliMali, an agency contracted by the National Student Financial Aid Scheme to process payments to beneficiaries. The money was paid to her account in 2017.

Her conviction and subsequent sentencing has divided public opinion. Many pity her as a young woman who got caught up in the systemic incompetence that was not of her own doing but that of the funding scheme.

Others further argue that it is unfair and unjust for her to be convicted and sentenced when such accountability has not been enforced on many leaders in our country facing allegations of wide scale corruption.

Both these assertions miss the point. The fact that the funds spent by Mani were deposited into her account does not absolve her from legal liability for having unduly spent money she knew was not hers.

The manner and speed with which Mani splurged on alcohol and luxury items for 76 days consecutively before she was stopped demonstrated her intent to improperly benefit as much as possible from public money.

Furthermore, as the court noted throughout her case, Mani has shown regret for being caught rather than remorse for having stolen money she knew ought to have benefited many other students who come from conditions of poverty.

Second, the fact that many of our politicians are roaming freely and yet to be held accountable for their crimes should anger all of us.

And for this reason we as citizens must never cease in our demand for them to be jailed for stealing from us with impunity.

But it is misguided of us to point to them as the reason why others who commit similar – or even comparatively lesser crimes – should get away with their deeds.

The appropriateness of the sentence meted out to Mani was for the court to decide.

But it is legally and morally problematic to suggest that she ought not to have faced the music because some of the most powerful people in our country are yet to.