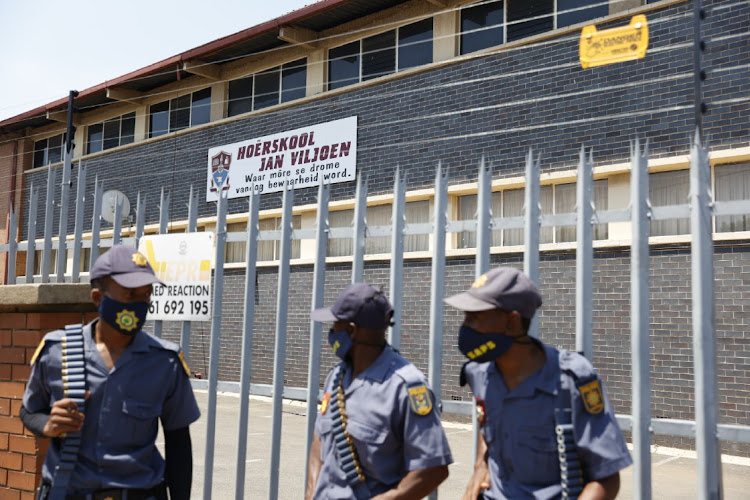 I was pleased to read about the mooted plan to introduce more sports at the trouble-torn Hoerskool Jan Viljoen in an effort to combat racial tensions.This plan was unveiled by Gauteng education MEC Panyaza Lesufi during his visit to the school after racially inflamed conflict between black and white pupils and parents.

The plan was welcomed by education experts and activists based on the capacity of sport to unite a nation. DA shadow minister of education, Khumo Ramulifho, opined that while this was true, it was not enough on its own. “We need programmes on social cohesion which can be driven across all schools, not in a reactive manner after an event,” he said.

With the education system having to contend with budgetary constraints in addition to a multiplicity of other challenges such as overcrowded classes, violence and pupil pregnancy, sport can reignite the essence of school, which is meant to teach pupils in totality.

The physical benefits derived from participation in sport will also sharpen the pupil's mental faculties and help them respond positively to the learning process. Schools should be encouraged to offer a selection of sporting codes as part of the extra-curricular programme. This should stem from the recognition that school sport is central to the promotion of social cohesion, a sense of national identity and healthy lifestyles.

Sport can contribute to nation building by fostering feelings of unity and national pride. Pupils can learn to be mutually loving and peaceful citizens. It must be said that the future of sport in our country rests on this reality, because schools serve as launching pads for the development of future sportsmen and women. Talent identification starts at school and this is where it should be nurtured.

Pupils should be encouraged to become participants instead of spectators. They should be taught to spend their leisure time effectively by taking part in sport. The revival of school sports will also have a positive effect on the academic aspect of schools. As pupils reap the benefits of taking part in sport, they will regain enthusiasm for the school work and enjoy school more.

These benefits are immeasurable and include the development of healthy, positive self-esteem. Pupils will also develop positive attitudes that would counter anti-social behaviour such as drug use. Sport is a healthy recreation to be enjoyed. It encourages the development of self-control, co-operation, loyalty, selfness, determination, leadership and other character-building qualities.

Playing sport teaches life lessons such as teamwork, accountability, self-confidence, responsibility and self-discipline. Competition should also be encouraged as long as it does not supersede sportsmanship. An attitude of winning at all costs should be discouraged as it could have the opposite effect to the one being pursued, which is social cohesion.

For the mooted plan to succeed, a solid foundation has to be laid. Funding the project of school sport might prove challenging with the education system having to grapple with competing priorities such as building extra classrooms to counter the overcrowding challenge. Once funds for the project are sourced, sports administration becomes central. Available funds should be used to train teachers to develop their administrative capacity.

Schools should adopt codes of conduct against racism and discrimination which can be in the form of racist comments, behaviour or school policies ...
Opinion
2 months ago

With their new-found expertise, a movement away from an attitude of leaving things to chance would be secured. It is imperative that schools support plans to bring back school sports and to use this as a springboard that can catapult our country to international sporting prominence.The dearth of extramural activities in schools has not only been limited to sports. Cultural activities including school choirs have also disappeared.

This is lamentable since music stimulates the brain to function optimally. To restore schools to their full essence will entail going back to basics guided by the realisation that schools are not only there to teach the children cognitively but in totality.

This entails turning our schools around to become beehives of activity where all pupils are encouraged to participate in both curricular and extra-curricular activities offered at school.They will then emerge from our schools not only empowered in the basics of ABC and the three Rs, but educated in totality and ready to take their rightful places as productive citizens of our country.