Hold Lux accountable for his actions 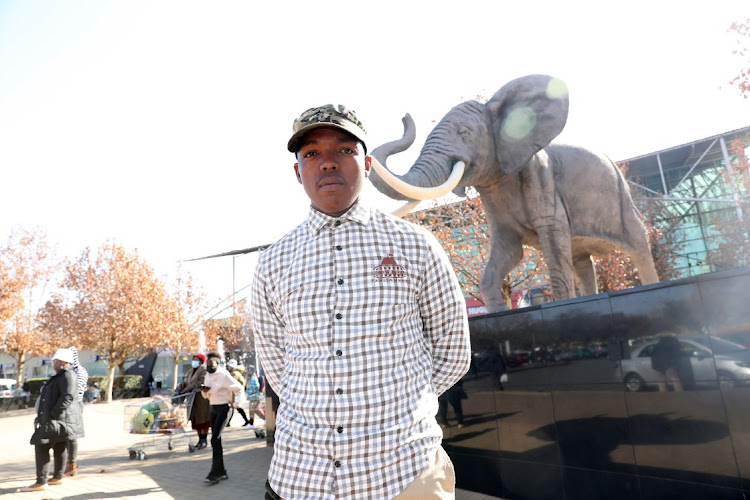 The group had claimed to be acting on tip-offs from the community that drugs were being sold from Ramerafe’s home.

Ramerafe has rejected claims that he is a drug peddler and there is no evidence that drugs were found in his home during the raid.

Operation Dudula has increasingly gained momentum in Gauteng communities and fashions itself as a movement against undocumented foreign nationals.

It has since morphed into a grouping that claims to stand against any form of crime and injustice which it believes is ultimately driven by undocumented foreign nationals.

A Soweto resident has vowed to drag Dudula movement leader Nhlanhla “Lux” Dlamini to court after his house was ransacked after accusations that he ...
News
2 months ago

Its resonance is rooted in the legitimate desperation for job opportunities for locals and exasperation at the high level of crime in our country.

On Friday, some of Dlamini’s supporters clashed with police, demanding his immediate release.

Others took to social media to create a baseless narrative that paints him as a victim of a political system that sees him as an enemy.

The latter is a common tactic in our political discourse.

But we must call it out for what it is – an attempt to shield those who are accused of wrongdoing from accountability.

There can be no doubt that our government has failed to manage the immigration crisis in our country.

It is also not in dispute that one of the consequences of this failure is that it has created a conducive environment for some foreign nationals to commit heinous crimes in SA, often without being traced.

Operation Dudula leader Nhlanhla 'Lux' Dlamini's bail application will be heard on Monday, meaning he will remain in custody over the weekend.
News
1 month ago

Therefore some of the concerns raised by Operation Dudula supporters are indeed valid.

But they do not justify the group’s own vigilantism which expresses itself through intimidation and threats violence.

If Dlamini is responsible for the ransacking of Ramerafe’s home, then he and those who are equally liable must be held accountable by law.

Their stated intention – even if it was, as they claim, in the public interest – does not justify their actions.

Being responsible citizens means doing all we can within the law to demand a better government and law enforcement, but never ever stoking fires of anarchy.